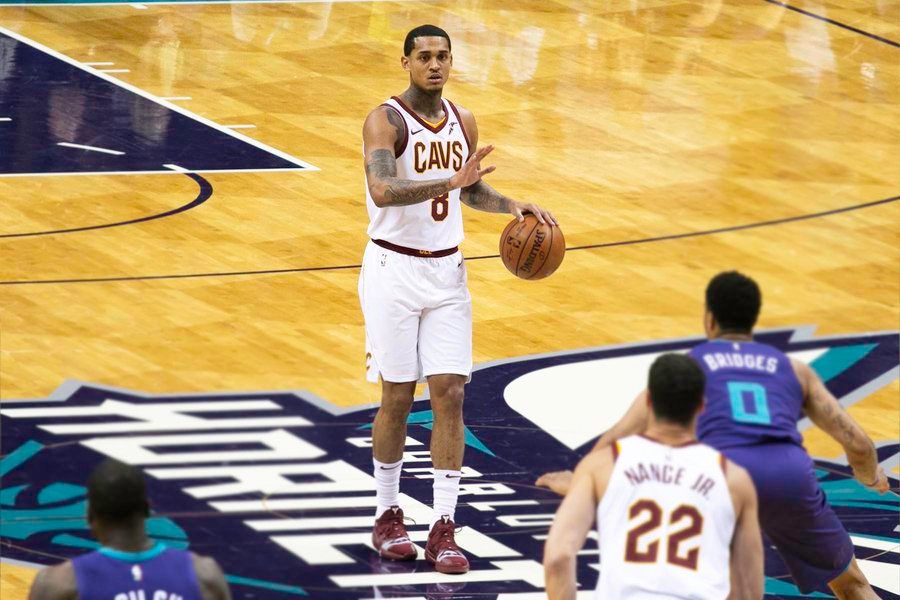 CHARLOTTE, USA – Eleven games into the season and the defending Eastern Conference champions Cleveland Cavaliers have only one win to show since hometown star LeBron James left the team last July to play with the glitzy Los Angeles Lakers.

The Cavs also fired Tyronn Lue, the coach that gave them the city’s first major championship in 52 years.

The injury bug has been hitting them as well. Forward Kevin Love had a left toe surgery. Veteran point guard George Hill sat out the game versus the Oklahoma City Thunder and will be out for two weeks.

The only thing that has been helping them in their struggle has been the reliable playmaking and scoring of Jordan Clarkson.

He’s been tallying double-figures on scoring and averaging 15.2 points per game. In the home game against Oklahoma, the 26-year old guard almost notched a triple-double tallying 11 points, 9 rebounds and 8 assists. And he’s doing all of this playing off the bench.

“Coming off the bench is just my role,” Clarkson said in an interview on the team website. “I know I could do more. I know I’m a playmaker. But my role has been bench scoring for the past 3 years. So I’m trying to just be really good at that.”

Clarkson also attributes the work he did over the off-season after a disappointing performance in the NBA Playoffs.

“You know, after the Playoffs, that really humbled me a lot – just in terms of where my game was going and where I needed it to be.

“So, it was just sitting down and taking a look at myself in the mirror – critiquing myself and blocking all the outside noise out. And just getting back to work really helped me. Just falling in love with the process: getting in the weight room, eating right, staying in the gym.

He also attributed the great experience he had playing for the Philippines in the Asian Games last August. Even though the team was hastily assembled, and he had to fly in to Indonesia on a last-minute arrangement, he really felt proud wearing the flag.

“Yeah, it was definitely important for me to represent that side of my heritage and my culture. My grandma was crying every game, watching me play!

“So, just being able to give back to the people, the country, and representing them has been amazing. I always feel the support and the love. I’m just trying to do my best to represent them when I’m over here as well as my family and everybody else,” Jordan said in the same interview.

For Clarkson, he hopes that the team can come together soon despite their struggles.

One good step has been getting Larry Drew as the team’s head coach. Drew came to terms a few days ago on his head coaching position having been the lead assistant coach a season ago. He is a veteran coach who has seen rebuilds with the Atlanta Hawks and the Milwaukee Bucks.

“We just have to come down together offensively and defensively,” Clarkson told Rappler during the team’s shootaround before the game with the Hornets last Saturday.

Asked for specifics, “We just got to finish at the rim. We get opportunities. We just got to finish it. We’re making here aggressive plays. I don’t think anybody is selfish here. We got to continue playing well with each other. Get the easy shots especially in transitions, like we’ve got 5-on-3 break or 4-on-2 break. We’ve got to find the right shot, the easy one.”

The strength of the Cavaliers has been the bench, of which he is a part of. “Just coming in and giving the energy. We just have to keep doing what we are doing – pushing the pace, moving the ball, finding scores and you know, finishing.

“I think where we got to come together in the second group is defensively. Talking on our switches helps our defense, things like that. So, that’s what we feel we need to make our progress.” – Rappler.com