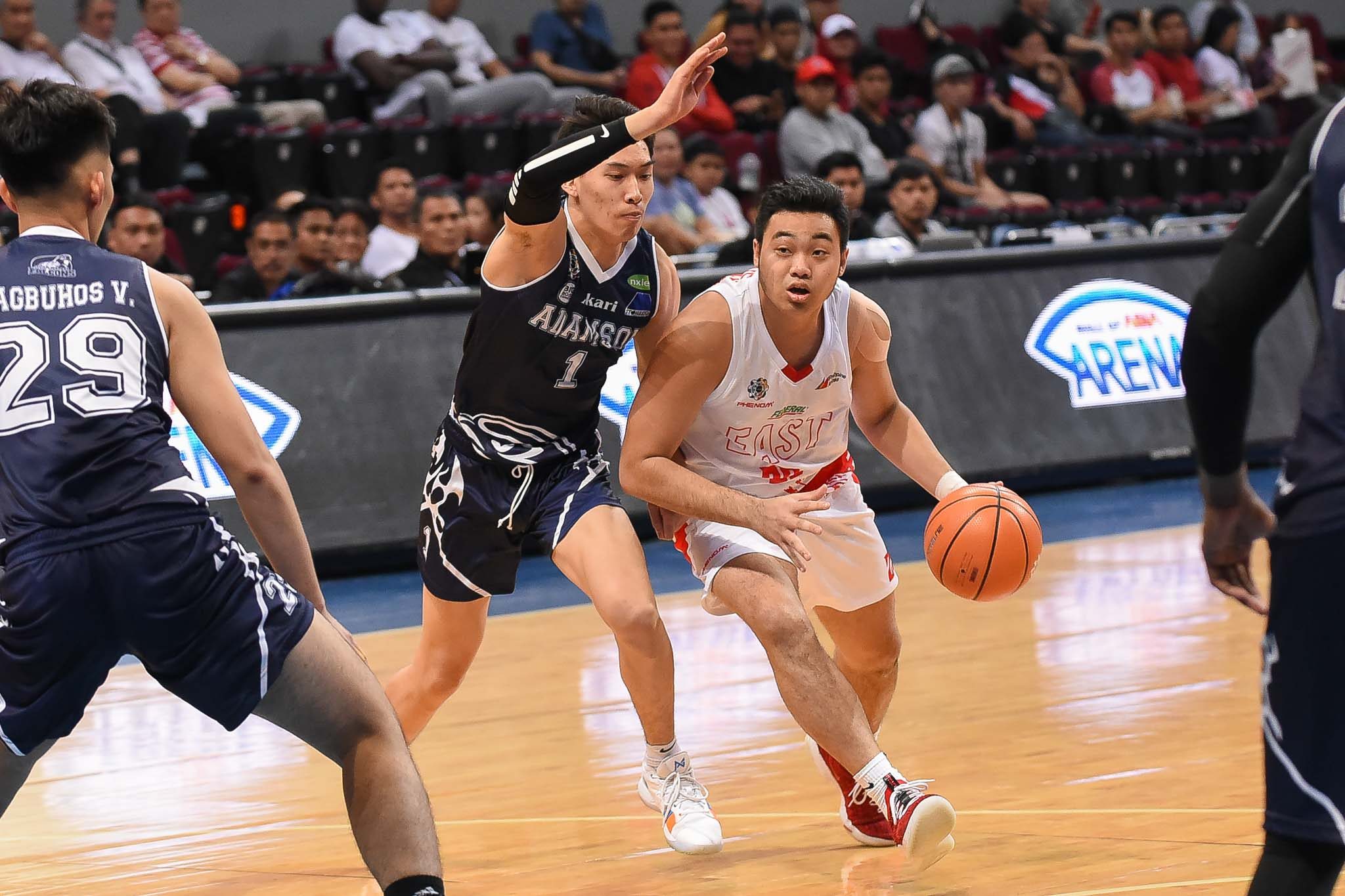 MANILA, Philippines – Coming down to their last two games, the Adamson Soaring Falcons only have one thing in mind – to clinch the twice-to-beat advantage in the UAAP Final Four.

That’s why the Falcons won’t take it easy even against cellar-dweller University of the East (UE) in their 2 pm showdown on Saturday, November 10, at the Araneta Coliseum.

UE may be out of  contention, but the Red Warriors remain very capable of shaking up the standings.

If Adamson (9-3) loses to UE, it opens the door for third-running La Salle (8-4) to shoot for the top 2 and secure a twice-to-beat advantage for the third straight season.

The game will be crucial for the Falcons, who aim to respond to coach Franz Pumaren’s call for “consistency” as one off-day can put a major dent on their bid.

And one man who personally wants prove his consistency is none other than Adamson captain Sean Manganti, who’s playing his final year.

The Filipino-American swingman hit his season-high of 27 points against the hapless Red Warriors in the first round, and holds an average of 14.5 points off a 40.4% field goal percentage.

But if the Red Warriors want to finish the season strong with an upset, MVP candidate Alvin Pasaol will again need to take charge as he leads the league in scoring at 24.8 points to go with 10.8 boards per game. The Red Warriors, though, still continue to struggle with their defense as they allow averages of 83.6 points, 49.8 rebounds and 18.5 assists.

Their numbers clearly show a disadvantage against a lethal shooting team like Adamson, but it will all boil down to the breaks of the game as the Soaring Falcons pick up a league-high of 20.8 fouls per game and turn the ball over an average of 16.3 times.

The Adamson Soaring Falcons have overwhelmed the Red Warriors in the first round but with all the added pressure heading into the Final Four, how much do they want to preserve their hold of second place? – Rappler.com