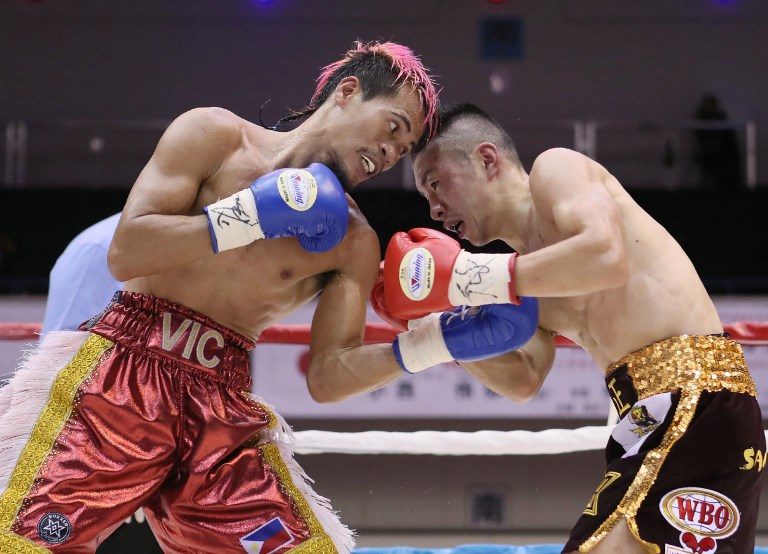 MANILA, Philippines – At a time when their countrymen back home are celebrating New Year’s Eve, Vic Saludar and Donnie Nietes will be fighting for world titles in Macau.

Saludar will be staking his World Boxing Organization minimumweight crown against Japanese Masataka Taniguchi as part of the fight card featuring Nietes’ tussle against Japanese Kazuto Ioka for the vacant WBO super flyweight diadem on December 31.

This will be Saludar’s first defense of the 105-pound title he wrested from Ryuka Yamanaka via clear unanimous decision in Kobe, Japan, last July.

This early, the 28-year-old Saludar has been tagged the favorite owing to his experience (18-3, 10 knockouts) and the quality of opposition he has faced.

Only 24, Taniguchi owns a 10-2 slate with 7 KOs and is rated No. 4 by the International Boxing Federation.

Saludar is being trained by Michael Palacios along with his older brother Froilan, who failed in his attempt to snare the WBO flyweight title from Japanese Sho Kimura last July.

If Saludar – born in Polomolok, South Cotabato, but is now based in Cagayan de Oro City – succeeds, his next bout will be a mandatory defense against the winner of an eliminator between Filipino Robert Paradero, the WBO Asia Pacific Youth champion,  and Puerto Rican Wilfredo Mendez on December 7 in Trujillo Alto, Puerto Rico.

Like the Saludars, Paradero is being managed by Kenneth Rondal. – Rappler.com