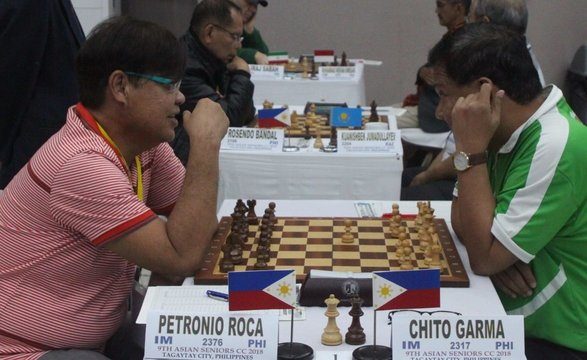 His fourth win against two draws and a loss gave the top-seeded Torre 5.0 points, a full point behind pacesetter International Master Chito Garma, who settled for a draw with Petronio Roca in the 7th round.

Rinas, the No. 2 seed, subdued Rolzon Roullo, while Caturla, many time coach of the Philippine women’s team, drew with IM Angelo Young.

Another gainer was Stewart Manaog, who tamed Carlo Lorena to catch up with Young, runaway winner of the rapid event on Saturday, at 4.5 points.

In the 8th and penultimate round on Saturday, the fourth-seeded Garma, a two-time Olympian, will try to move closer toward the title and the $500 that goes with it when he tangles with Rinas.