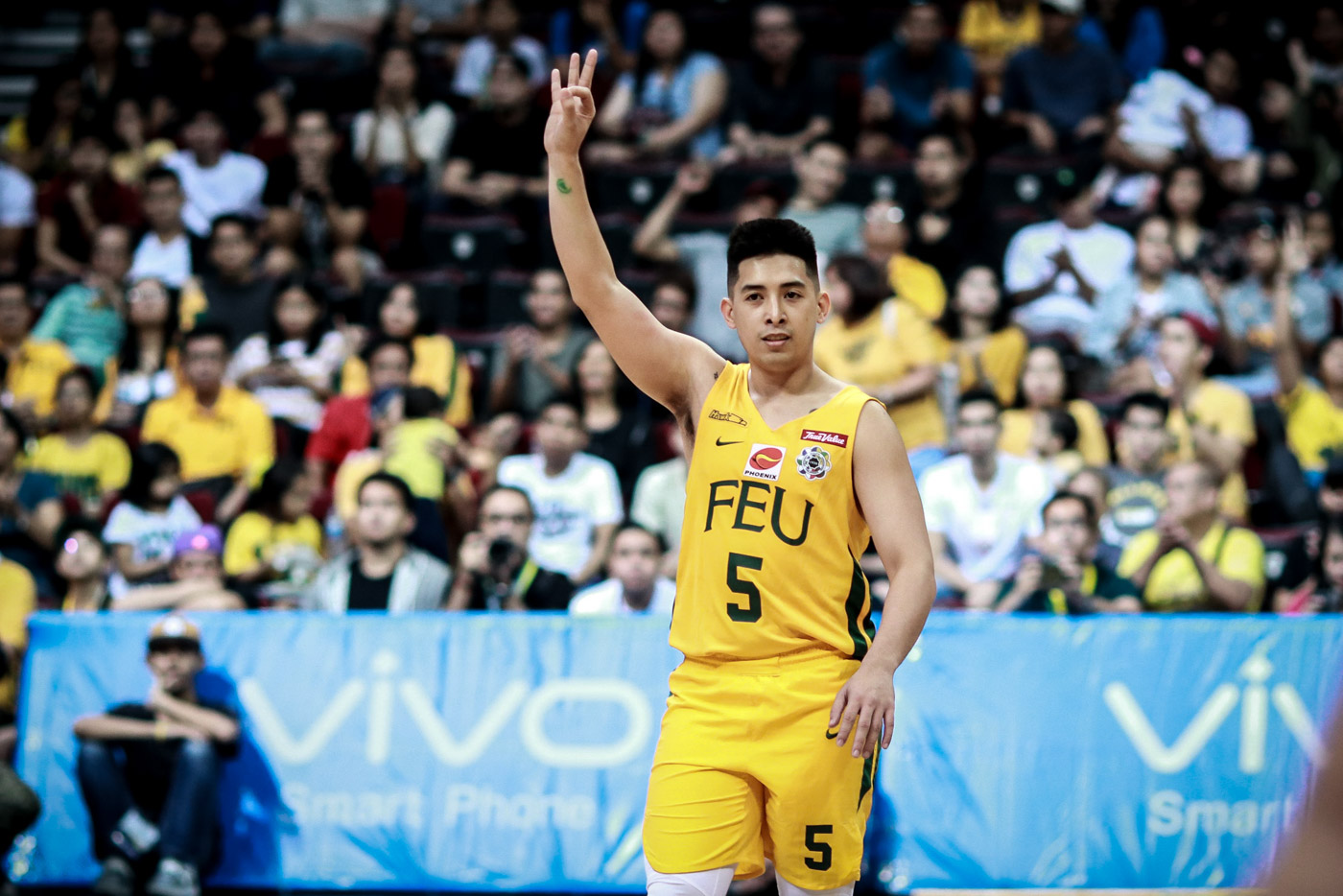 The Tamaraws pulled away early by knocking in 9 triples in the first half, 4 coming from Arvin Tolentino, who finished with 16 points, 6 rebounds and 2 assists.

Clemente erupted for 38 points, the most points scored this season and the highest score tallied by an NU player since Ray Parks score 35 in 2012.

But his huge effort wasn’t enough as the Tamaraws held off the late surge behind Tolentino, Tuffin and FEU rookie LJ Gonzales on the way to their seventh win to reclaim a share of the 4th spot.

“The third quarter, Clemente went off. We’re just happy we weathered the storm. Stuff like that are gonna happen,” said Tuffin.

Clemente led the Bulldogs’ comeback in the second half as he exploded for 21 points in the 3rd quarter alone, which allowed NU to trim a double-digit deficit to 7, 51-58.

But the Tamaraws kept the Bulldogs at bay and put the lead back up in double figures by the payoff period with Gonzales nailing back-to-back layups and Tuffin punctuating the run with a slam off the fast break, 78-65.

FEU broke away early, waxing hot from beyond the arc as Tolentino fired 16 points, highlighted by a 4-of-8 clip from three-point range at the half.