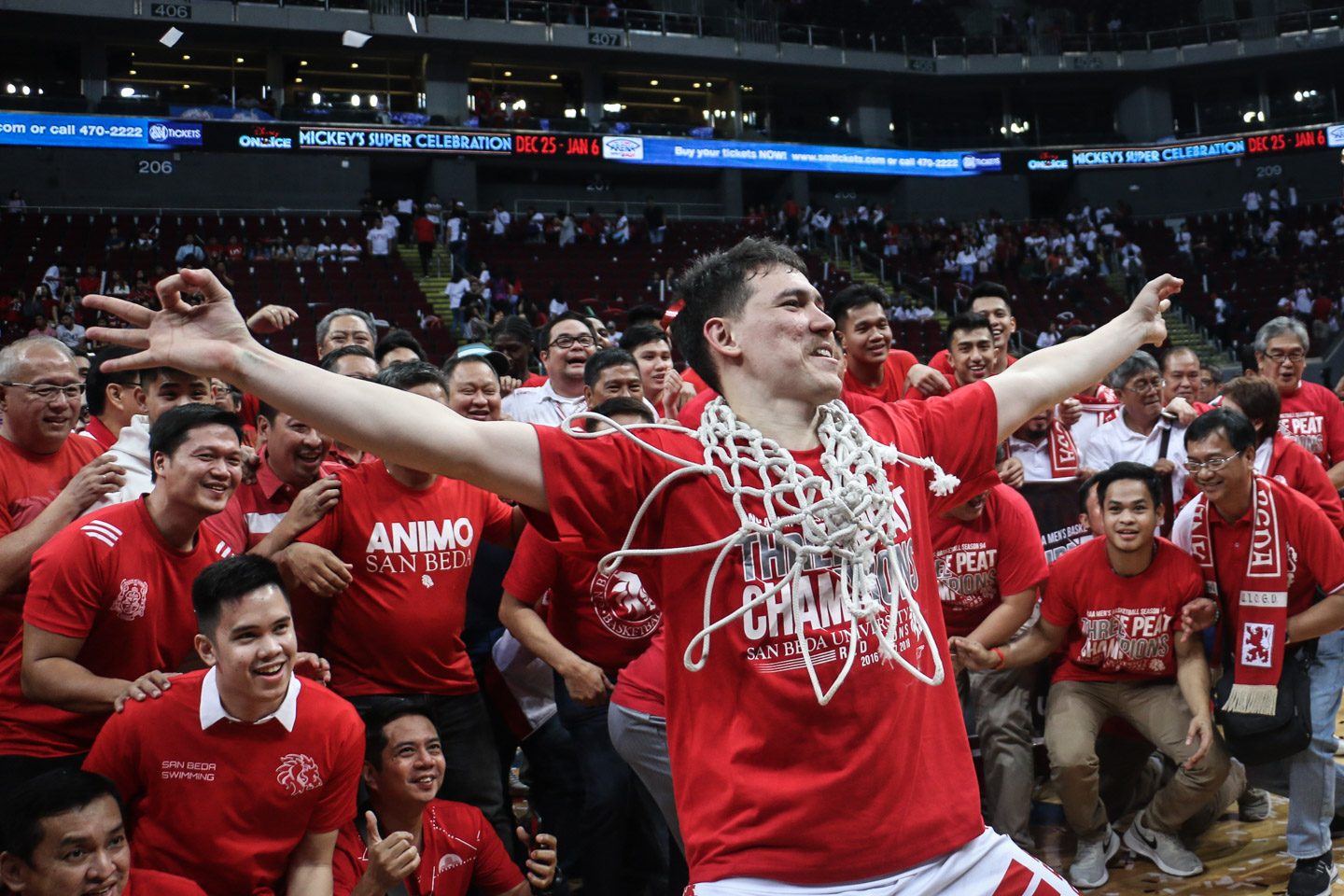 MANILA, Philippines (UPDATED) – The San Beda Red Lions have added another milestone to their dynasty after sweeping the Lyceum Pirates, 71-56, in Game 2 of the NCAA Season 94 Finals at the Mall of Asia Arena on Monday, November 12.

The Red Lions have now completed another three-peat after nabbing their 22nd overall title and 11th in 13 years.

Coach Boyet Fernandez is now a 5-time NCAA champion, leading the graduating Big 3 of Robert Bolick, Javee Mocon and Donald Tankoua to one more title at the close of their NCAA careers.

CJ Perez opened a spirited Lyceum charge in the 4th quarter and cut the San Beda lead to 4, 51-47. However, Clint Doliguez and Mocon answered with huge back-to-back threes to go up 10, 57-47, with 7:38 left in regulation.

After defensive stops on both ends, last season’s Finals MVP Tankoua extended the lead to 13 off a putback, 61-48, with 5:04 to go.

Tankoua and Clint Doliguez drove home the dagger with back-to-back putbacks under the last two minutes, 66-50.

Mocon finished his NCAA career as the Finals MVP, leading the team with 16 points, 11 rebounds and 5 big blocks on a 4/8 (50%) clip from downtown. Tankoua added a 13-point, 16-board double-double in a full 40-minute grind while Bolick chipped in 4 markers and a game-high 12 assists, albeit on 1/11 (9%) shooting from the field.

The returning Perez led the last Pirates’ stand with 19 points, 6 rebounds and 4 assists. Jaycee Marcelino followed up with 13 markers, 4 boards and 4 dimes while missing his twin Jayvee to an apparent injury. Mike Nzeusseu anchored Lyceum with 11 points and 13 boards. – Rappler.com