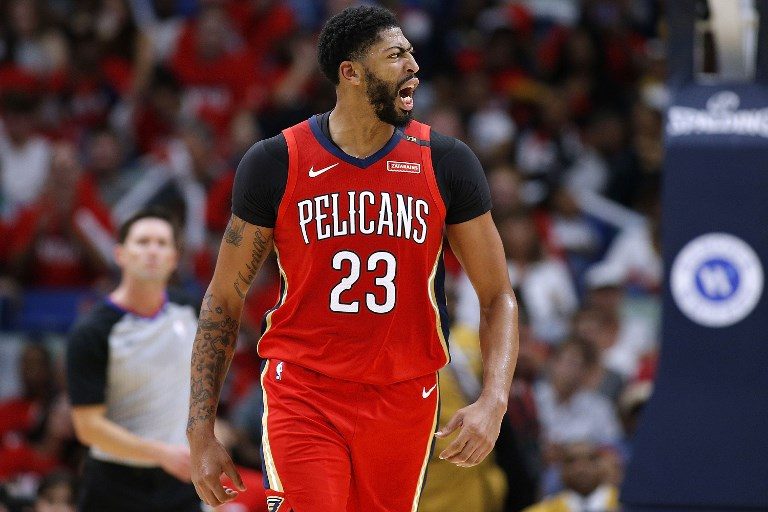 Davis had 20 rebounds and led a superb all-round offensive performance from the Pelicans, who saw four starters crack double digits.

The defeat was Toronto’s first since a reverse to the Milwaukee Bucks last month and only their second loss of the season.

New Orleans improved to 7-6 with the win, and was another sign the Pelicans are back on track after a six-game losing streak which jolted their early season progress.

The Pelicans have now won three straight to move up in the Western Conference standings.

Davis was given support from across the Pelicans line-up on Monday, with E’Twaun Moore, Jrue Holiday and Julius Randle a0ll making significant scoring contributions.

Moore led the scoring with 30 points while Holiday poured on 29 points with 14 assists to hush the Raptors’ home crowd at the Scotiabank Arena.

The Pelicans defense successfully kept Toronto’s dangermen in check, with Kawhi Leonard and Pascal Siakam restricted to 20 and 22 points respectively.

Point guard Kyle Lowry was held to just four points from 33 minutes on court as the Eastern Conference-leading Raptors fell to 12-2.

Elsewhere Monday, the Philadelphia 76ers celebrated the capture of Jimmy Butler  with a 124-114 win over the Miami Heat.

Butler, who completed his acrimonious trade from the Minnesota Timberwolves earlier Monday, is not expected to make his first appearance for the Sixers until Wednesday.

Even without Butler however, the Sixers had too much firepower for the Heat, who rapidly wilted in the face of a 35-point display from Joel Embiid.

The Cameroon star also pulled down 18 rebounds in a dominant display. J.J. Redick had 25 points while Ben Simmons had 13.

Landry Shamet, Mike Muscala and Furkan Korkmaz all had double-digit points tallies off the bench for the Sixers. – Rappler.com