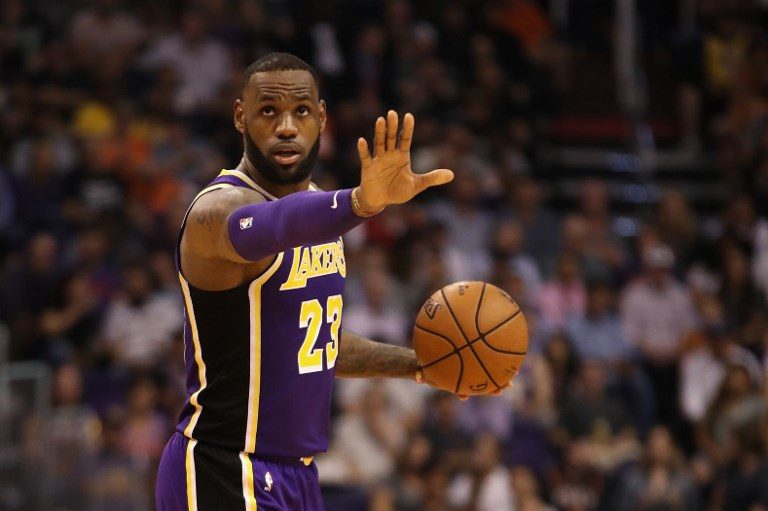 “The King” barged into the Top 5 of the NBA’s all-time scoring list after surpassing Wilt Chamberlain in the Los Angeles Lakers’ 126-117 romp of the Portland Trail Blazers on Wednesday, November 14 (Thursday, November 15, Manila time) at the Staples Center.

Needing 38 points to eclipse Chamberlain’s 31,419 point tally, James dazzled with an all-around outing of 44 points, 10 rebounds, 9 assists and 3 blocks as the Lakers improved to 8-6 with their fourth straight win.

He notched his 39th point with an and-one midway through the 4th quarter that gave Los Angeles a commanding 121-106 lead over Portland.

Chamberlain normed 30.1 points in his 15 NBA seasons and holds the league record for the highest scoring average in a season with a whopping 50.4 points.

James is averaging 27.6 points and could surpass Jordan, who has an 867-point advantage in the all-time scoring list, for 4th place midway through the season. – Rappler.com