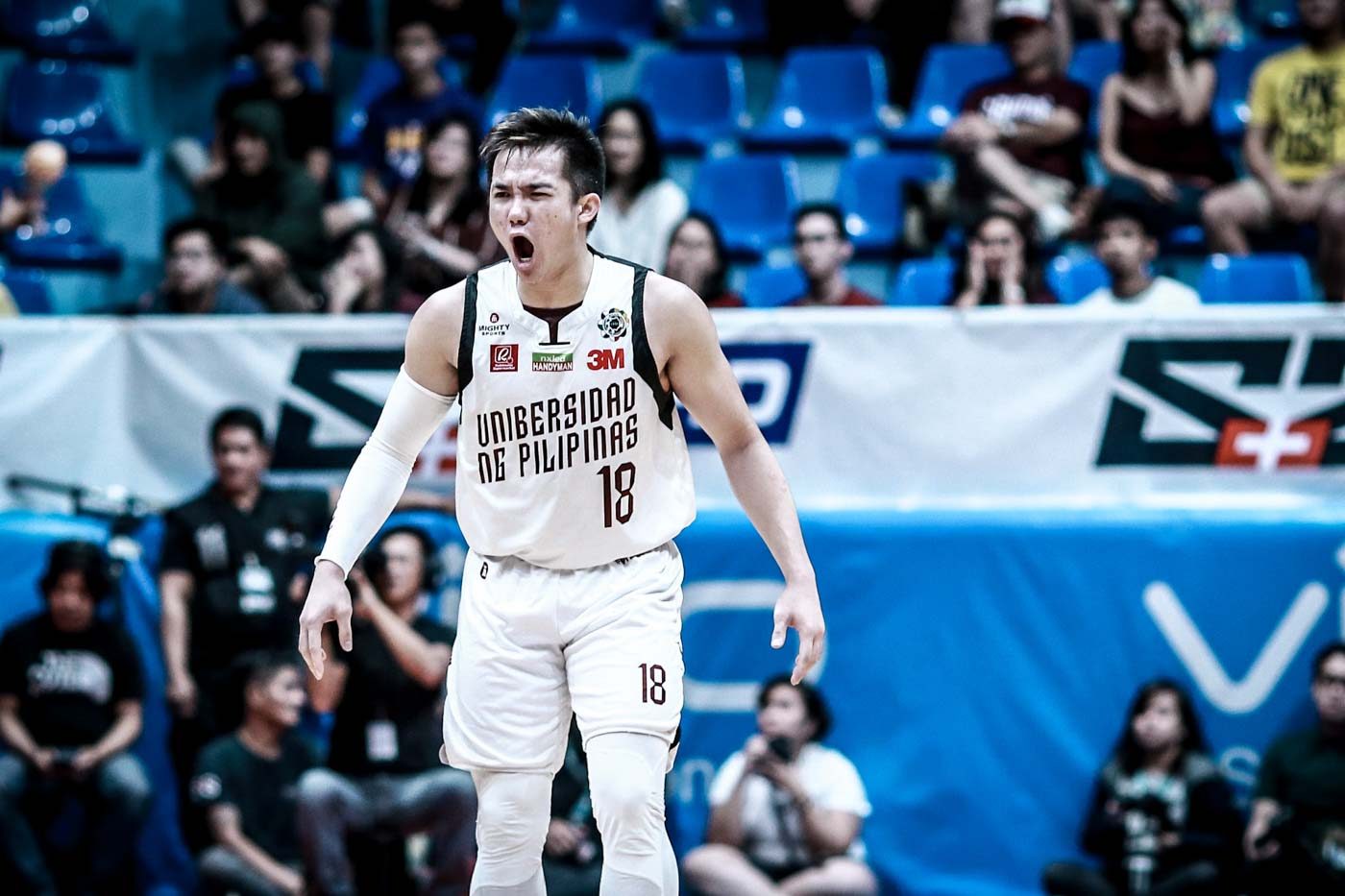 MANILA, Philippines – Paul Desiderio could have missed the historic moment.

Had the veteran guard opted to skip his final playing year, he would have lost the chance to be part of the gritty University of the Philippines team that snapped a 21-year UAAP Final Four drought.

Desiderio almost didn’t return for his last playing season for the UP Fighting Maroons. However, he reconsidered, hoping one more time that they’d break their decades-long mediocrity.

(I had second thoughts on whether I’d come back or not. Then when I returned, I sacrificed even more. My personal goals, I sacrificed them for the team. But it’s been worth it, that’s why I’m so happy.)

All the sacrifices finally paid off on Wednesday, November 14.

Desiderio, who once thought of trying his luck elsewhere, was front and center in front of the raucous UP crowd at the MOA Arena, shouting and waving his towel above his head as he walked across the baseline.

He already had his back turned from the court, even before the scoreboard clock hit zero and sealed their fate: a 97-81 win against the De La Salle Green Archers.

When the final buzzer sounded, it was official. UP finally clinched that ever elusive Final Four berth.

After the crowd dispersed and the euphoria of it all subsided, Desiderio finally found time to relive everything – the pain, the joy and everything in between.

The former champion from the CESAFI’s UV Baby Lancers high school program had been with the Maroons since Season 76 in 2013. After sitting out Season 77, he then started to become the deadly shooter everyone knows today alongside fellow sniper Jett Manuel and current head coach Bo Perasol in 2016.

As expected, his ride through tough times with Perasol had not always been pleasant, but Desiderio is nonetheless grateful for it.

(Coach Bo has been like my dad. There are times that we have fights, well… more of misunderstandings, then there are times in the middle of the season where we discuss what we should do. Our plans turned out to be successful.)

However, he knows that the job is not yet done as UP still has to face its regular-season heartbreakers, the twice-to-beat Adamson Soaring Falcons in the Final Four.

With Franz Pumaren’s tireless Falcons also hungry for a Finals berth, Desiderio is more focused on the game rather than getting payback.

(I’ll just do my best, see what I can do so we can enter the Finals. I’d rather not go for payback.)

The bonfire is already waiting to be lit in Diliman, but the Maroons would rather wait a little bit more. – Rappler.com