IN PHOTOS: All the fun and funky in the 2018 UAAP cheerdance 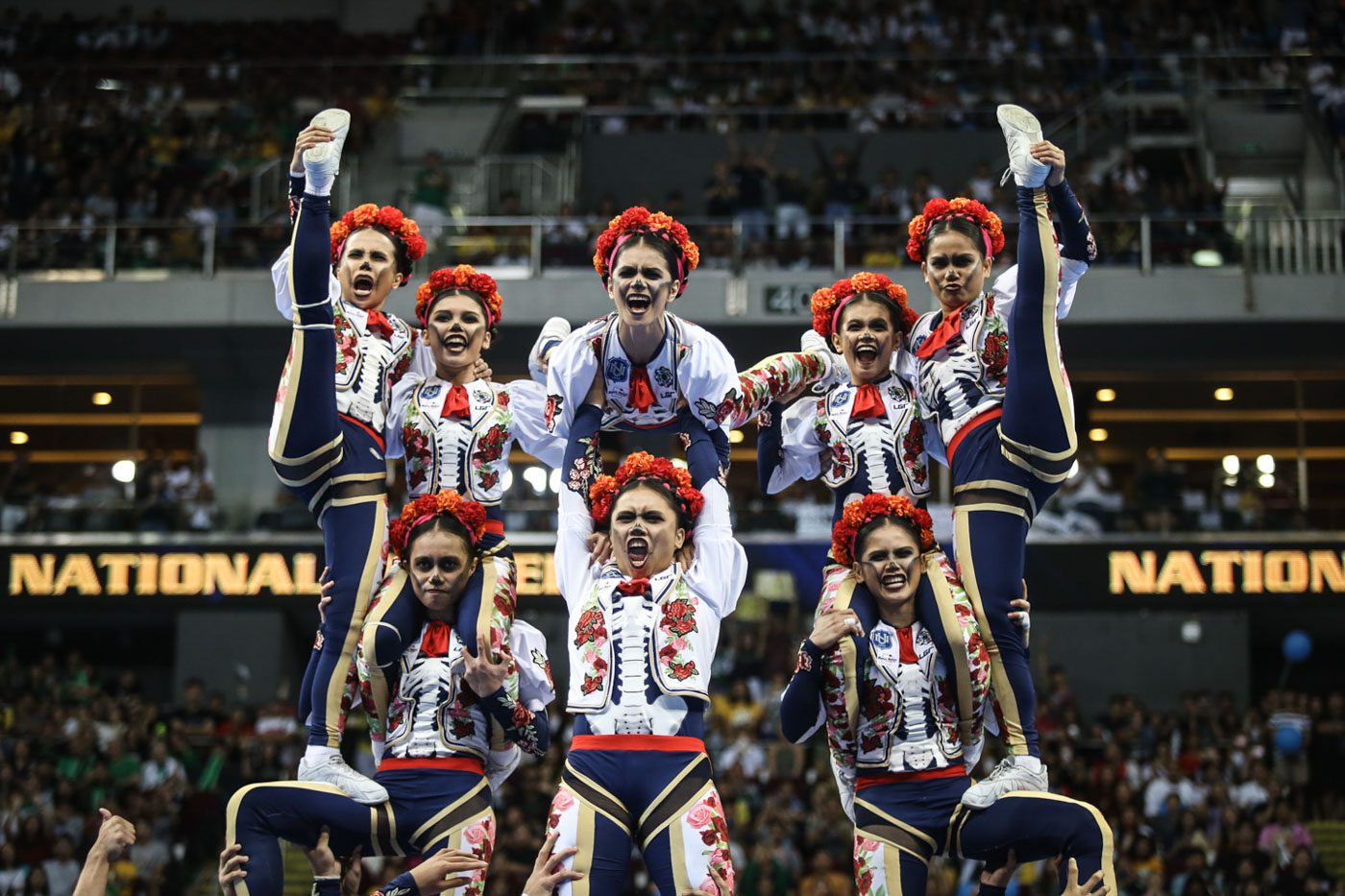 But it turned out to be a season of comebacks (or comebarks) as the NU Pep Squad wowed with a perfect routine in front of a spirited crowd of 20,117 at the Mall of Asia Arena with its Mexican Day of the Dead theme.

But it’s not just the winner’s circle that delivered a visual feast as the rest of the schools also thrilled with their awesome routines.