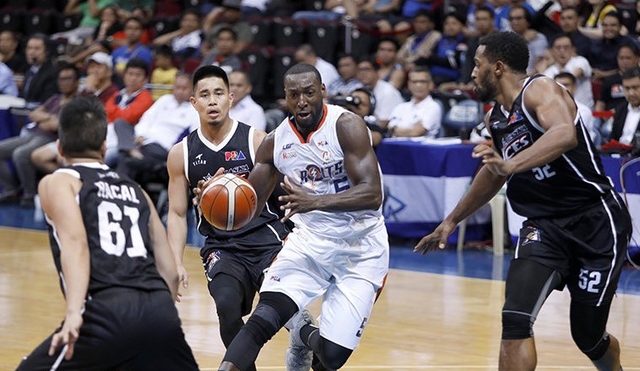 But the two-time Best Import will keep on chasing that elusive PBA title even after the Bolts got the boot from the Alaska Aces in 4 games of their best-of-five semifinals series in the 2018 PBA Governors’ Cup.

“I’m still trying to get a ring so I’m going to keep working until I can’t run or jump no more. We’ll see what happens,” he said.

Durham had been hoping to carry the Bolts back to the Governors’ Cup finals after they fell short of the title to Barangay Ginebra in the last two editions of the season-ending conference.

From a lowly 7th place to the semifinals, it would have been the perfect Cinderella story for the 30-year-old reinforcement and Meralco to win a championship in their third try together in the last 3 years.

However, the Aces halted the Bolts’ run with an emphatic 99-92 win on Saturday, November 17, to end a drought of their own as they reach a PBA finals for the first time since the 2016 Commissioner’s Cup.

“It’s hard to swallow but Alaska, they played hard. They won 3 games in a row. They’re very deserving of where they’re at right now. It’s not how we wanted to go out but I wish Alaska the best,” Durham said.

The elimination also put a dent on Durham’s chances of defending his Best Import award for the third straight year, especially since he finished 5th in the statistical points race heading into the playoffs.

That, though, is far from his mind.

“That was never really my focus, to get Best Import. I was just trying to get to the finals and win the finals. Neither one happened so I got to wait for next season and start it all over again.”

For the meantime, Durham plans to return to America to rest and talk to his fiancee about their future. – Rappler.com