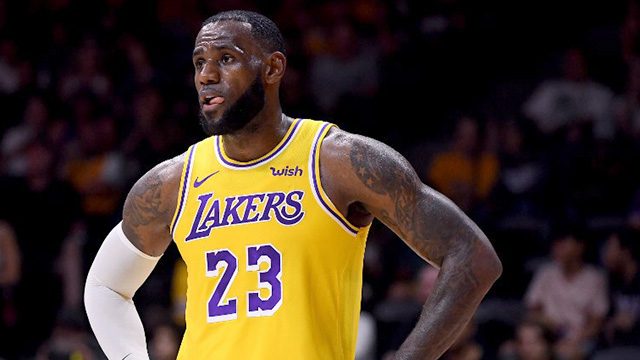 MANILA, Philippines – LeBron James returned to Miami for the first time as a Los Angeles Laker on Sunday, November 18 (Monday, November 19, Philippine time) dropping 51 points on his former team in a 113-97 NBA victory over the Heat.

James, who led the Heat to 4 NBA Finals appearances and two titles before returning to his hometown club Cleveland, made it look easy from the opening tipoff, scoring 19 points in the 1st quarter on the way to a season high.

The Lakers never trailed, leading by as many as 21 points.

James, who departed Cleveland for Los Angeles as a free agent prior to this season, set the tone early, making a steal to launch a fast break that he capped with a dunk for his first points.

He capped his spree with a three-pointer with 16 seconds to play – notching the 13th 50-point game of his career.

He’s the first Lakers player since Kobe Bryant to have multiple 40-point games in a season, and he notched his first win over the Heat since departing as a free agent in 2014.

.@KingJames became the 3rd player to score 45+ pts in their 16th season or later.

The other two: Kobe and Kareem. pic.twitter.com/ZAYh27u3w1

James connected on 19 of 31 shots from the floor, including 6 of 8 from three-point range. He made 7 of 10 free throws, pulled down 8 rebounds and handed out 3 assists.

The Lakers rebounded from a disappointing 130-117 loss to the Orlando Magic while handing the Heat a fourth straight defeat.

Heat coach Erik Spoelstra wasn’t surprised by what he saw from the superstar he once coached.

“I’ve seen it before on our side,” Spoelstra said. “No question, when he’s hitting the three like that, that changes the equation.”

“We probably should have gone more aggressively to take the ball out of his hands.” – Rappler.com