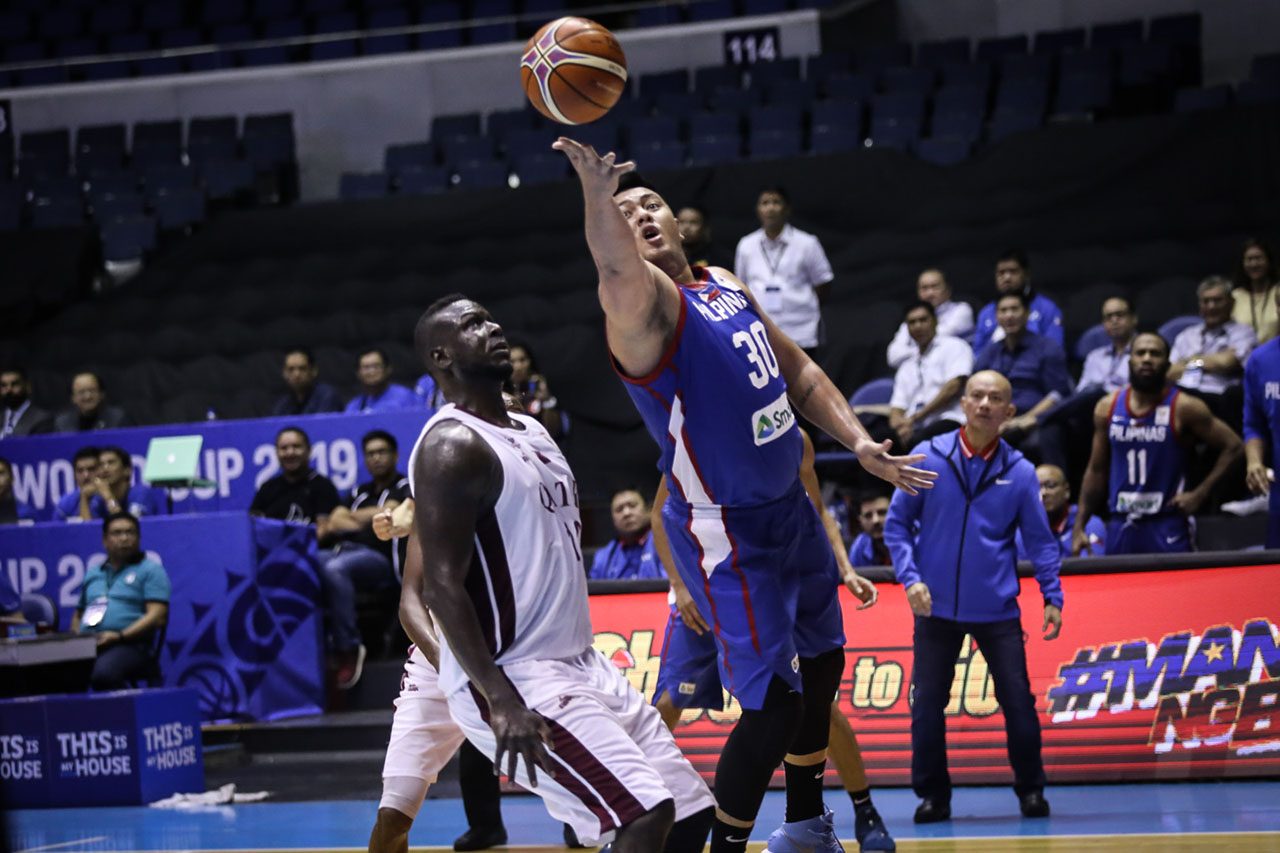 Facebook Twitter Copy URL
Copied
At one point, the burly forward was fielded in with 4 Beermen players in the national team's tuneup game against Jordan

The burly forward admitted that life has been made easier for him after he played alongside 4 Beermen stars at one point during Gilas Pilipinas’ 92-98 tuneup game loss to Jordan on Monday, November 19.

Midway through the duel, Belga was fielded in with San Miguel’s Christian Standhardinger, Arwind Santos, Alex Cabagnot and Marcio Lassiter.

(I want to join San Miguel, it felt good playing with them,)

(But seriously, it’s easy to play with people who are familiar with each other. When i was playing with the 4, it seemed like life was made easier for me. You’re the one who needs to adjust to them.)

Kidding aside, Belga stressed that the 20 Team Pilipinas members still have room of improvement in terms of their familiarity with each other.

The Magnolia and Ginebra stars are just coming off their semifinals clash in the PBA last week while the 16-year-old Sotto decided to focus on his exams. Pringle, on the other hand, just returned from the US.

(We’ve just been practicing for 4 times. We will most likely jell once the Ginebra and Magnolia players return. I think that the team will jell this week.)

Gilas can get back at Jordan when they meet again on Wednesday, November 21. – Rappler.com