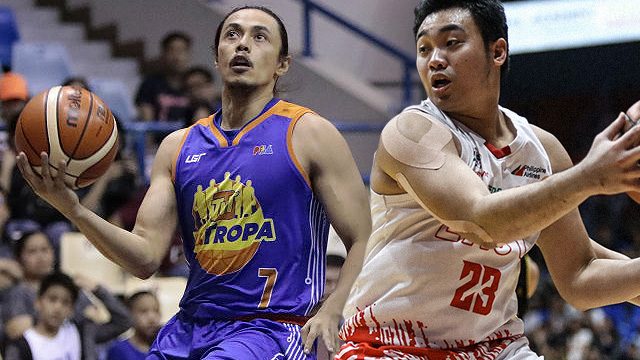 MANILA, Philippines – For the last two years, UE Red Warriors superstar Alvin Pasaol has established himself as a consistently explosive scoring machine in the UAAP.

This Season 81, despite the Warriors only winning one game in 14 tries, the burly 6-foot-3 forward poured everything he had to at least make his team competitive.

As a result, he finished his third season with a league-best 24.4 points per game, the highest scoring average set by a local player since FEU’s Terrence Romeo normed 22.2 markers 5 years ago.

On top of that, he also averaged 11 rebounds a game, securing his second straight Mythical Five bid.

No less than Romeo himself was impressed with the historic tear Pasaol has been on.

(He made a believer out of me since he broke my record. He’s been doing great this season.)

Since bursting to the UAAP scene in 2009 with a record-setting 83-point explosion in high school, Romeo cemented his status as an FEU legend, culminating in that 22.2-PPG season where he won the MVP award.

He has since blossomed further into a National Team-caliber player, dazzling crowds with his nifty finishes and crossover moves. Pasaol’s no-nonsense, all-heart play is in stark contrast to this, but by no means has it been ineffective.

Despite Pasaol’s rise, however, Romeo advises him to take it easy in his next step.

Indeed, Pasaol has since revealed that he’ll stay for his final season, dispelling his own hints that Season 81 would be his “one last dance.” (READ: Alvin Pasaol delays PBA dream, to stay with UE Red Warriors)

It would seem that the King Warrior would chase history for one more year. And this time, he has “The Bro” by his side. – Rappler.com