U.P. a win away from Finals after stunner vs Adamson 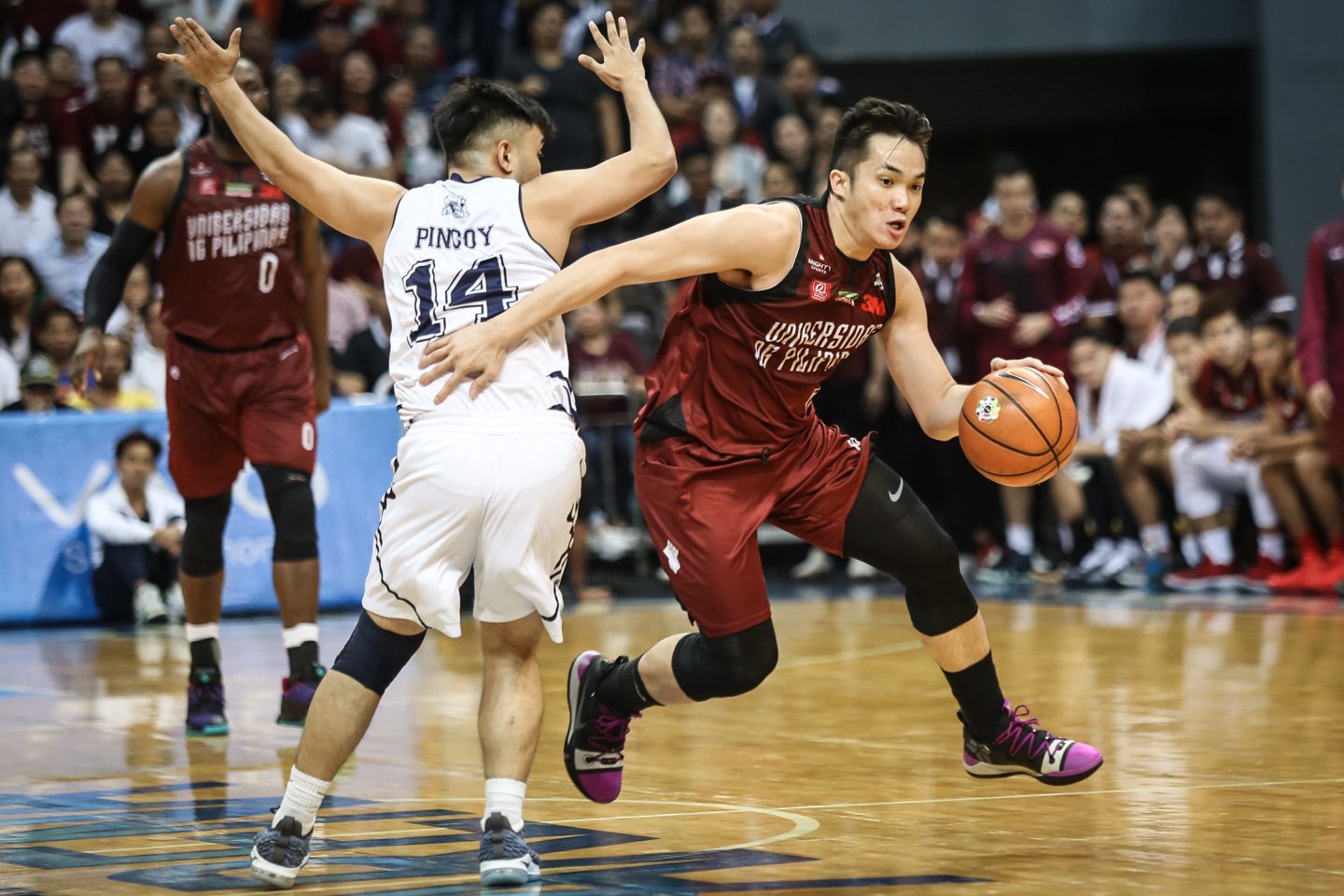 MANILA, Philippines (UPDATED) – Better believe it: The University of the Philippines now stands just a win away from the UAAP Finals.

Bright Akhuetie buried the game-winner with 2.6 seconds left as the UP Fighting Maroons stunned the No. 2  Adamson Falcons, 73-71, to force a do-or-die semifinal game in the UAAP men’s basketball tournament at the Mall of Asia Arena on Saturday, November 24.

“I was really playing for wisdom what play to call,” said UP coach Bo Perasol. “It just happened Bright got open there.”

After going cold all night long, Akhuetie got open for the winning bucket right after Adamson tied the game, 71-all, as Sean Manganti fished a foul on the other end and calmly drained the tying free throws in the last 3.7 seconds.

Paul Desiderio also came through for the Maroons, draining a clutch, mid-range jumper for a 71-69 lead.

The Maroons – who advanced to the Final Four for the first time in 21 years – will try to overcome the Falcons’ twice-to-beat advantage on Wednesday.

“These are the plays that we practice almost every day,” said Perasol. “These are the plays that in fact, we build, and we did it also last night. And in fact, if I remember it right, it was actually the same play that Juan made… it was just a 5-and-0 drill last night but Juan made the same alley-oop pass to Bright, and in practice, he missed that. We’re fortunate he made that point blank shot at the end of the shotclock.”

Desiderio bounced back from a scoreless first half and finished with a game-high 19 points plus 8 rebounds and 4 assists for the Maroons, who survived the Falcons’ furious fightback from a double-digit deficit.

Juan Gomez de Liaño also added 19 markers off the bench with 6 boards and his lone game-winning assist to Akhuetie.