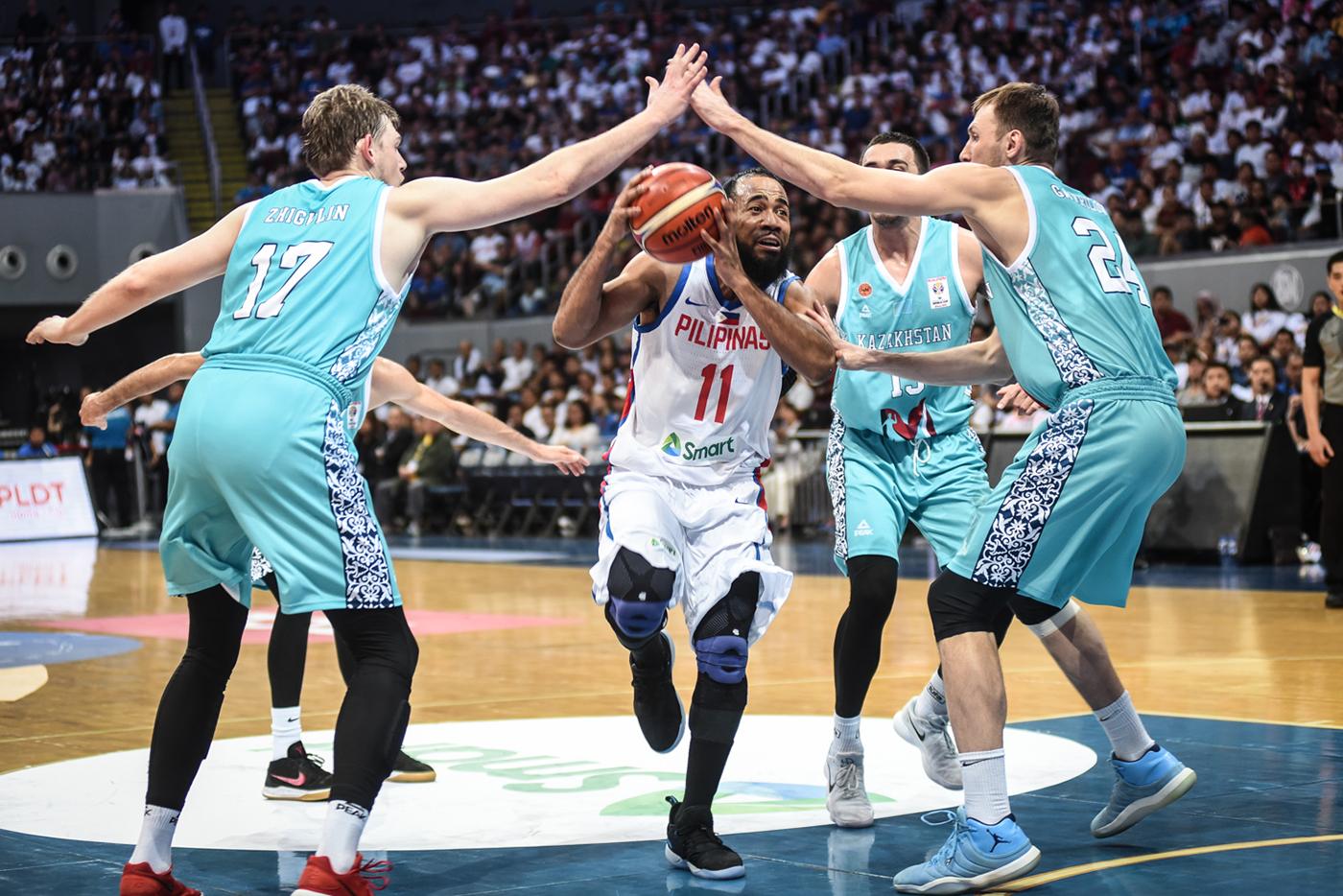 MANILA, Philippines – Gilas Pilipinas failed to defend its home after the visiting Kazakhstan hacked out a 92-88 win in the fifth window of the World Cup qualifiers at the Mall of Asia Arena on Friday, November 30.

Alexander Zhigulin waxed hot for 30 points, 18 off three-pointers, as the Kazakhs relegated the Filipinos to a share of 3rd place with Japan in Group F behind a 5-4 record.

Trailing 85-90 with under a minute left, the Philippines narrowed the gap to just 2 points off a Marcio Lassiter triple only to witness Anton Bykov sink an easy layup with 12 seconds left for a 92-88 Kazakhstan lead.

The Kazakhs, who snapped a four-game losing streak, improved to 4-5 with their first win since February.

Stanley Pringle, who served as a naturalized player for the Philippines, churned out 29 points, 4 assists and 3 rebounds but the home squad ran out of steam in the endgame.

June Mar Fajardo finished with 14 points and 13 rebounds while Marcio Lassiter fired 13 markers to go with 3 assists in the losing effort.

Gilas held an 83-82 lead late off a Pringle layup before Kazakhstan erected an 8-2 spurt – powered by Nikolay Bahzin’s 4 points – to mount a 90-85 lead with 34 seconds remaining.

“The story of the night is our defense. We scored enough to win but we couldn’t get the stops,” Pringle told reporters after the game.

Bykov backstopped Zhigulin with 20 points, with 8 coming from the foul line, on top of 9 rebounds and 2 steals while Rustam Murzagaliyev and Rustam Yergali conjoined for 21 points, 10 assists and 9 rebounds for the visitors.

In order to boost its chances for a berth in the 2019 World Cup, the Philippines needs to pull off a win when it hosts Iran at the same venue on Monday, December 3.