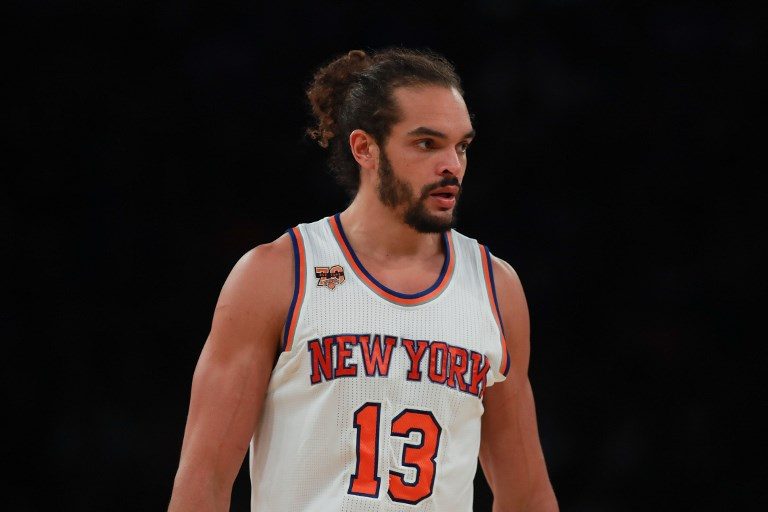 Facebook Twitter Copy URL
Copied
After a tumultuous stint with the New York Knicks, Joakim Noah feels ‘blessed’ that the Memphis Grizzlies gave him a chance

LOS ANGELES, USA – Free agent Joakim Noah signed for the Memphis Grizzlies on Tuesday, December 4, for the remainder of the season, the team announced.

The 33-year-old former NBA Defensive Player of the Year joins Memphis after being waived by the New York Knicks in the preseason.

Noah was left out in the cold at the Knicks last season after a bust-up with coach Jeff Hornacek.

He was placed on indefinite leave from the team in February following the incident.

“For Memphis to give me a shot, I feel blessed,” said Noah.

Noah joined the Knicks after 9 years with the Chicago Bulls.

“I feel really blessed… I just want to be here for the guys and be a good influence.” – Joakim Noah pic.twitter.com/JZSMXk3X2z

The 6-foot-11 center was named to the 2013-2014 All-NBA First Team and finished fourth in the MVP rankings that season.

He has played in 625 games since being picked ninth overall in the 2007 NBA Draft, averaging 8.9 points and 9.3 rebounds per game.

Noah has also made 192 double-doubles and 7 triple-doubles in his regular season career.

“He embodies everything that Grit N’ Grind means and stands for so we’re happy to have him.” – @mconley11 on the signing of Joakim Noah pic.twitter.com/Zo9Rr9QVsO