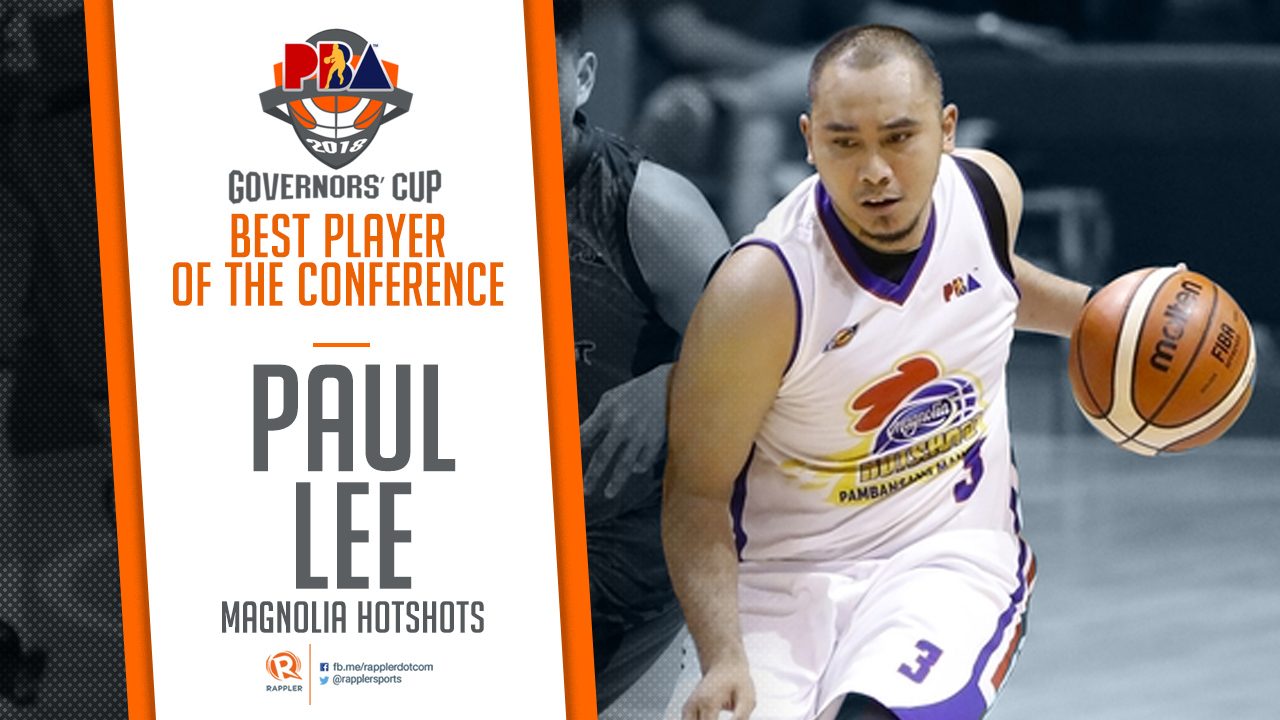 MANILA, Philippines – Magnolia’s Paul Lee claimed his first Best Player of the Conference (BPC) award in runaway fashion by beating out 3 other contenders in the 2018 PBA Governors’ Cup.

The flashy guard, who has powered the Hotshots to the finals of the season-ending conference for the first time since 2014 and their second overall this year, recorded 1,013 points for the coveted plum.

The 29-year-old became the first player under the Purefoods franchise to win the BPC since James Yap did it in 2009 Philippine Cup. – Rappler.com