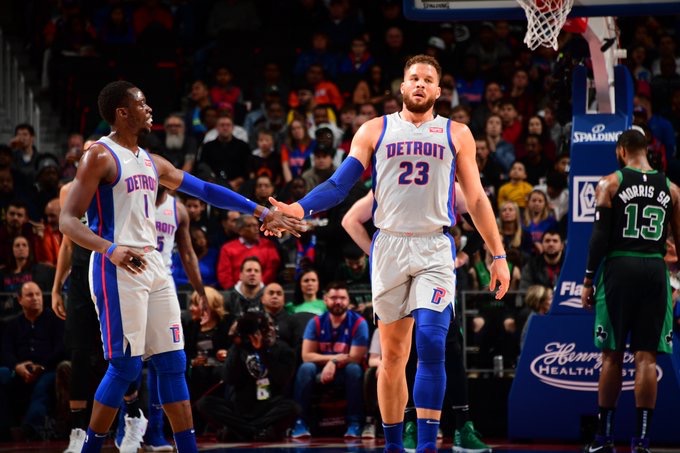 LOS ANGELES, USA – The Detroit Pistons ended the Boston Celtics’ league-leading eight-game winning streak – and their own six-game skid – with a 113-104 victory in the NBA on Saturday, December 15 (Sunday, December 16, Manila time).

Reggie Bullock, returning from a five-game injury absence, provided a spark for the Pistons. His 15 points included a three-pointer with 3:37 to play.

Blake Griffin scored 27 points, pulled down 8 rebounds and handed out 6 assists for the Pistons, who led by as many as 16 points in the 4th quarter but saw Boston cut the deficit to 111-104 with 38 seconds left with the help of a spate of turnovers.

In Memphis, the Houston Rockets jumped to an early lead but had to fight off the Grizzlies down the stretch for a 105-97 victory.

Houston led 61-40 at halftime and were still up by 14 heading into the 4th quarter, but saw their lead sliced to 6 points with 3:04 to play.

Memphis would get no closer as Houston came up with the stops they needed to post a third straight victory.

James Harden notched a triple-double of 32 points, 10 assists and 12 rebounds. Coming off his monster 50-point triple-double  against the Lakers, it marked the seventh time in Harden’s career that he has achieved the feat in consecutive games.

Clint Capela added 26 points and 10 rebounds for the Rockets, who improved to 14-14 for the season.

The Chicago Bulls, meanwhile, erased a 21-point first-quarter deficit to beat the Spurs in San Antonio, 98-93.

Kris Dunn scored 24 points and Lauri Markkanen added 23 for the Bulls, who won for the second time in 7 games under new coach Jim Boylen, who replaced Fred Hoiberg on December 3. – Rappler.com