Falkesgaard, Mendoza to step up for Etheridge in 2019 Asian Cup 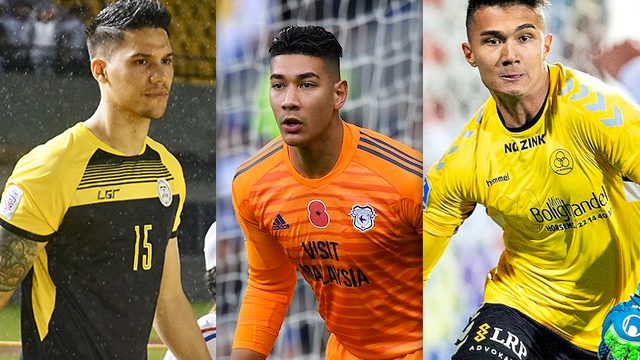 MANILA, Philippines – If Neil Etheridge could see action only in the Philippines’ opening game against South Korea in the 2019 Asian Cup, then Filipino-Danish goalkeepers Michael Falkesgaard and Kevin Ray Mendoza would be stepping up for the Filipino Premier League player for the rest of the games.

According to Mariano “Nonong” Araneta, Etheridge will be available for the game only on January 7, as Cardiff City is currently battling to stay in England’s top-tier league.

“Neil will be playing in the first game, but we also have to realize that he has some duties with Cardiff,” said Araneta in an interview with Radyo Pilipinas 2.

The Blue Birds are currently at 16th place ahead of their game against Manchester United on Sunday, December 23.

But Araneta gave assurances that other players who saw action in the 2018 Suzuki Cup like midfielder John Patrick Strauss and Falkesgaard would be included in the national team pool in the Asian Cup.

Falkesgaard, 27, took over for Etheridge at the FIFA International break, which required the Blue Bird to return to Cardiff.

The Bangkok United keeper was not able to keep a clean sheet in his first two games in the regional cup tourney, but he helped the team bag a win over Timor Leste as well as two draws against 2016 champion Thailand (1-1) and Indonesia (0-0).

But the Azkals bowed out of the Suzuki Cup semis for the 4th time as Vietnam went on to win the championship.

Meanwhile, new blood Kevin Ray Mendoza is slated to make his debut with the Philippine Azkals.

According to a Danish newspaper, Mendoza – who plays for Danish Superliga – acquired his Philippine passport this December to pass the strict eligibility requirements for the Asian Cup.

The 24-year-old AC Horsens shot stopper also confirmed on Instagram that would be heading to the Azkals training camp.

The Philippine Azkals will leave for Qatar on December 26, and will be scheduling a friendly against Vietnam on December 31, according to Araneta. – Rappler.com