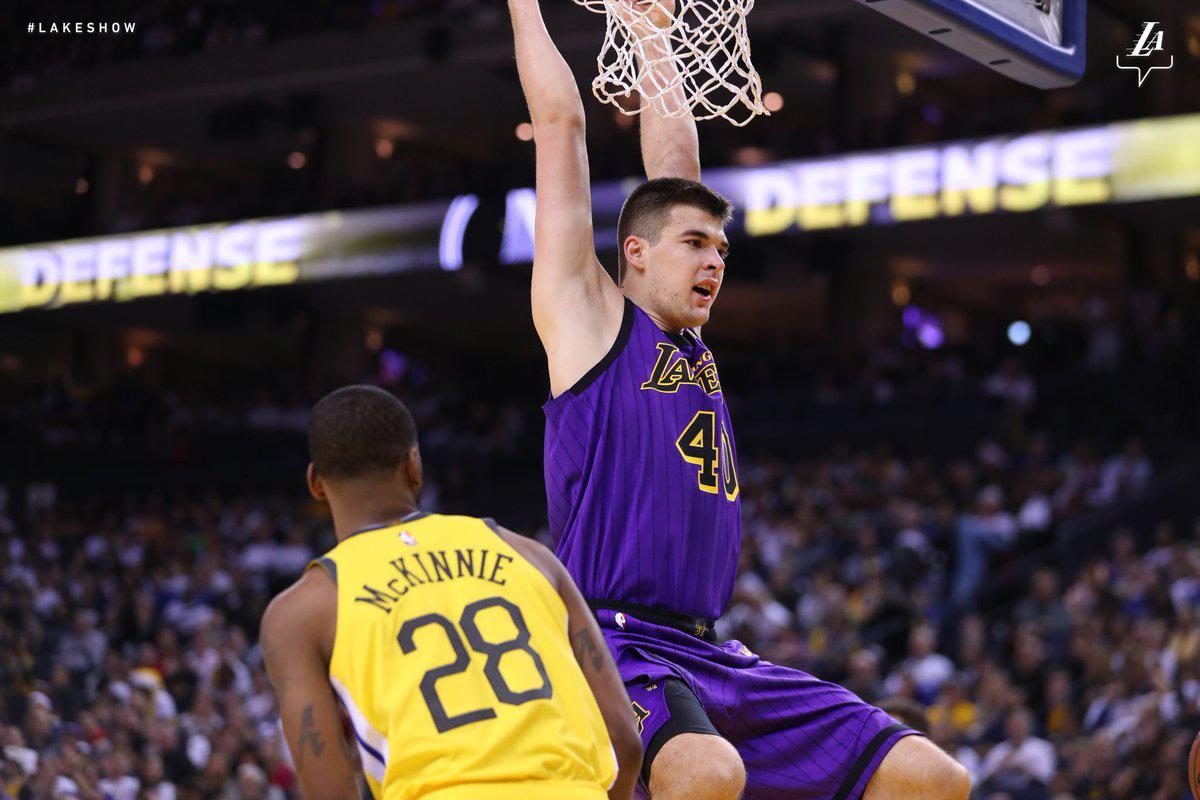 MANILA, Philippines – The Los Angeles Lakers survived the LeBron-less second half with a 127-101 win over the two-time defending champions Golden State Warriors on Christmas Day at the Oracle Arena in Oakland, California.

Kyle Kuzma led the scoring with 19 points while Croatian Ivica Zubac stepped up for the Lakers with a double-double of 18 points and 11 rebounds in his 3rd straight start this season.

Rajon Rondo’s presence proved to be crucial as he orchestrated the plays while recording a double-double of 15 points and 10 assists.

LeBron James limped back to the locker room after feeling a pop in his groin area in the 7:57 mark of the 3rd quarter. Kentavious Caldwell-Pope came in for the 4-time MVP, who exited the game with 17 points and 13 rebounds to go with 5 assists.

Without James on the floor, the Warriors went on a run that trimmed the deficit to 3 points, but the Lakers still managed to pull away with Ingram’s efforts that was capped off by a Stephenson triple.

The Lakers rallied back with a surprise as their efforts allowed the lead to balloon to as much as 31 points in the payoff period.

Golden State went cold from beyond the arc with a poor 9-of-34 clip.