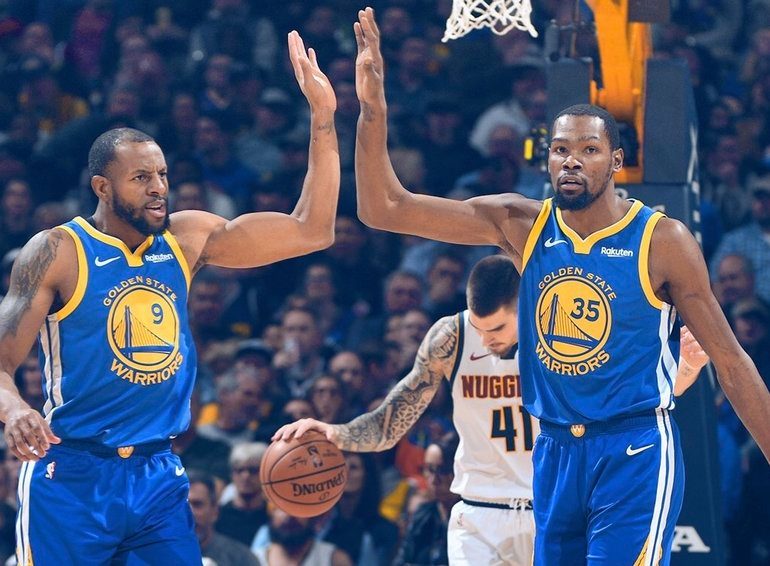 The Warriors exploded for a league-record 51 points in the 1st quarter – spiked by a franchise-best 10 three-pointers in a period – on the way to a 142-111 rout of the Denver Nuggets in the NBA on Tuesday, January 15 (Wednesday, January 16, Manila time).

It was a battle between the two best teams in the Western Conference, but the Nuggets – the top seed before the lopsided loss – didn’t stand a chance from the get-go in the the defending champions’ incredible shooting showcase.

The @warriors drill a franchise record for 3PM in a quarter with 10 3-pointers in the 1st! #DubNation

And it wasn’t that the Nuggets played bad in the 31-point blowout loss. The Warriors’ shooting barrage would have been too much for most teams for that matter.

Klay Thompson also fired 15 points off triples on the way to sharing top scoring honors with Curry with 31 points.

The Warriors also dished out a whopping 38 assists, against a similarly impressive 30 by the Nuggets.

The @warriors scored 51 points in the first quarter, an NBA record for most points scored in a first quarter. pic.twitter.com/oreUrwwXOE

By the end of the match, the two teams switched places in the West team standings with the Warriors claiming the top seed with a 30-14 record and the Nuggets just behind them at 29-14.