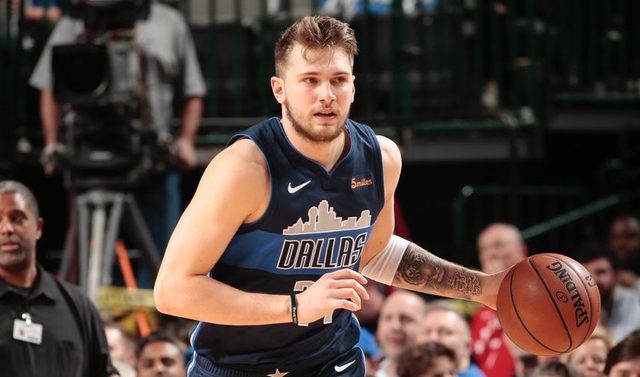 MANILA, Philippines – Not even Luka Doncic’s triple-double could catapult the Dallas Mavericks into victory as the Toronto Raptors hacked out a 123-120 win on Sunday, January 27 (Monday, January 28, Philippine time).

The Rookie of the Year frontrunnner scattered 35 points, 12 rebounds, and 10 assists only to see the Mavericks fall short against a Raptors squad led by superstar Kawhi Leonard.

Leonard finished with 33 points, 10 rebounds, and 3 assists as Toronto improved to 37-15 to tighten its grasp of 2nd place in the Eastern Conference.

Kyle Lowry had 19 points, 9 assists, and 5 boards, Pascal Siakam added 14, Fed VanVleet chipped in 13, while Serge Ibaka chalked up 11 points, 11 rebounds, and 2 blocks in the win.

Harrison Barnes backstopped Doncic with 14 points and 6 rebounds for Dallas, which remained on the outside looking in the playoff picture in the West at 12th place behind a 22-27 card. – Rappler.com