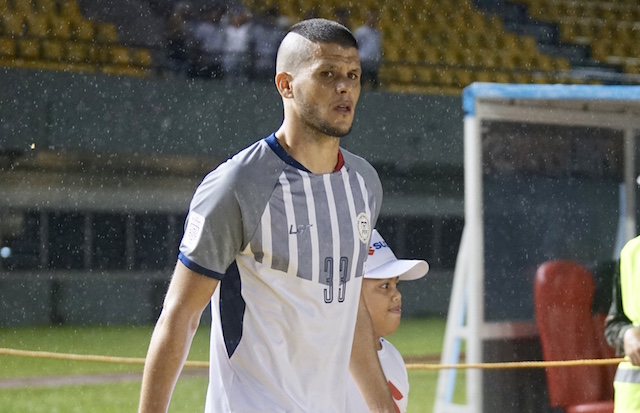 MANILA, Philippines – After an impressive Asian Cup stint, Alvaro Silva is more than ready to join Ceres-Negros FC in its quest to be the first Filipino club to qualify in the Asian Football Confederation (AFC) Champions League.

“I’m ready to play and this is good because [I’m coming] from competition, so I’m excited to go there and play,” said the tireless Silva.

Even if it’s his first time to join a Philippine club, familiarity won’t be a problem as Silva has already played with teammates Carli de Murga, Curt Dizon and Mike Ott in the national team.

Adjusting to the team system won’t be an issue as well as Silva has also been mentored by Ceres head coach Risto Vidakovic in Cadiz.

“I coached him in Spain so I know him very very well so he’s a really big incorporation for us. I think we’ll be stronger with him,” said Vidakovic.

Silva trained with the Bacolod-based squad for the first time on Tuesday, January 29 during a practice match with Kaya-Iloilo FC, where he got a feel of his other teammates ahead of their preliminary round 1 match against Myanmar’s Yangon United on Tuesday, February 5.

The decorated defender will return to Pana-ad Park and Stadium in Bacolod, where he will finally debut for a local club team.

“My family is coming, and I’ve always want to come here [to the Philippines]. Finally, I am here and I’m very happy,” added Silva.

The 34-year-old centerback was a key player in the Philippine men’s football team as he anchored the backline against Asian powerhouse South Korea  where the Azkals only conceded one goal. – Rappler.com