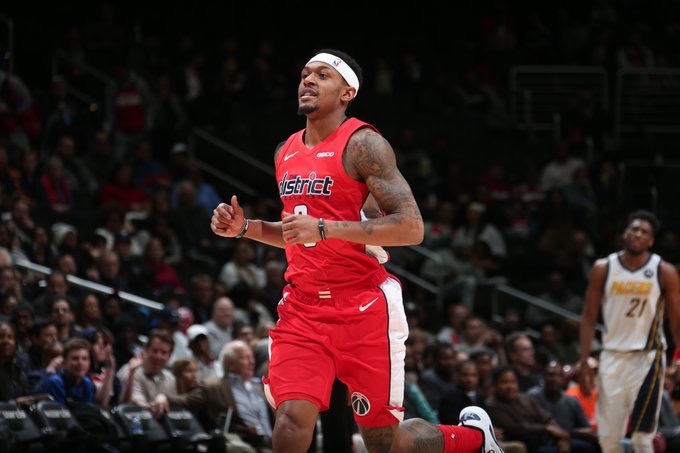 Beal scored 25, Green added 23 and the Wizards’ reserves scored 58 points against a Pacers side that continued to struggle minus leading scorer Victor Oladipo.

The Pacers absorbed their third straight loss since scoring an upset win over the Toronto Raptors where Oladipo, who averaged 18.8 points per game, suffered a season-ending knee injury.

The Wizards pulled ahead early after a 10-0 run in the 1st quarter on the way to the lopsided win that upped their record to 22-29.

Thaddeus Young scored 13 points for the Pacers, who dropped to 4th place in the Eastern Conference at 32-18.

In the late game, Damian Lillard had 36 points and 11 assists to lead the Portland Trail Blazers to a 132-105 win over the Utah Jazz.

Guard CJ McCollum chipped in 30 points in the win while Donovan Mitchell had 22 points for the Jazz.

@Dame_Lillard (36 PTS, 11 AST, 8 REB) stuffs the stat sheet in the @trailblazers win, putting up a near triple-double! #RipCity pic.twitter.com/YSPppwIrFG