LeBron on longest injury absence: ‘Toughest stretch of my career’ 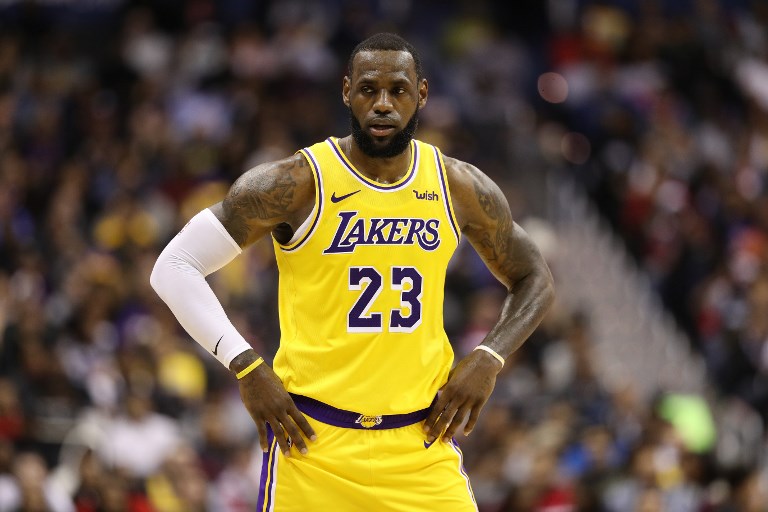 LOS ANGELES, USA – Showing no sign of the injury that resulted in the longest absence of his 16-year career, LeBron James made a triumphant return to the court.

But James described his 36-day absence some of the darkest days of his career.

“I worked my ass off to get back to this point,” James said. “It was the toughest stretch of my career not being out on the floor.”

The four-time MVP, who missed 17 games due to a groin injury, scored a team-high 24 points, grabbed 14 rebounds and delivered 9 assists in his first NBA game since Christmas Day.

He played 40 minutes and scored the go-ahead basket with 1:15 left in overtime after the Lakers blew a 14-point lead in the 4th quarter. (READ: LeBron James returns, tows Lakers past Clippers in OT)

James said he is at “80 percent” fitness and will see how he feels in the morning when he wakes up. He played more than he expected with the game going into overtime.

“I am at 80 percent right now. But I was good enough to feel confident to just keep pushing throughout the game,” he said.

“I want to see how my body reacts tomorrow. That’s the tell-tale sign for me is how my body feels after having to play 40 minutes unfortunately with the overtime.”

Lance Stephenson added 20 points, Brandon Ingram added 19 points, and Rajon Rondo had 14 points and 13 rebounds for the Lakers, who were officially the visiting team but had strong crowd support Thursday because they share the Staples Center arena with their city rivals.

“We got stops and we made some timely shots,” said James. “Everybody was huge. It is going to be different guys every night for our team. We are starting to get out depth back.”

Lou Williams scored a team-high 24 points and Patrick Beverley added 17 for the Clippers, who shot just 53% from the free throw line.

James’ return couldn’t come soon enough for the Lakers, who have gone into a tailspin without him.

The Lakers lost 11 of 17 games since James suffered a strained groin in a game against the defending champion Golden State Warriors. The losing skid dropped them to the 9th seed from the 4th seed.

James said he trained just as hard when he was sidelined as he does in a normal season.

“It just felt great to get back out there,” he said. “This is where I can shut out everything, be out there with my guys, command my guys, and get a win on the road.”

With the game tied 118-118 in overtime, James scored the go-ahead basket.

Lance Stephenson then completed a three-point play that kept the Lakers ahead 123-118.

Williams couldn’t get a potential tying three-pointer off in the right corner before the final buzzer sounded. – Rappler.com