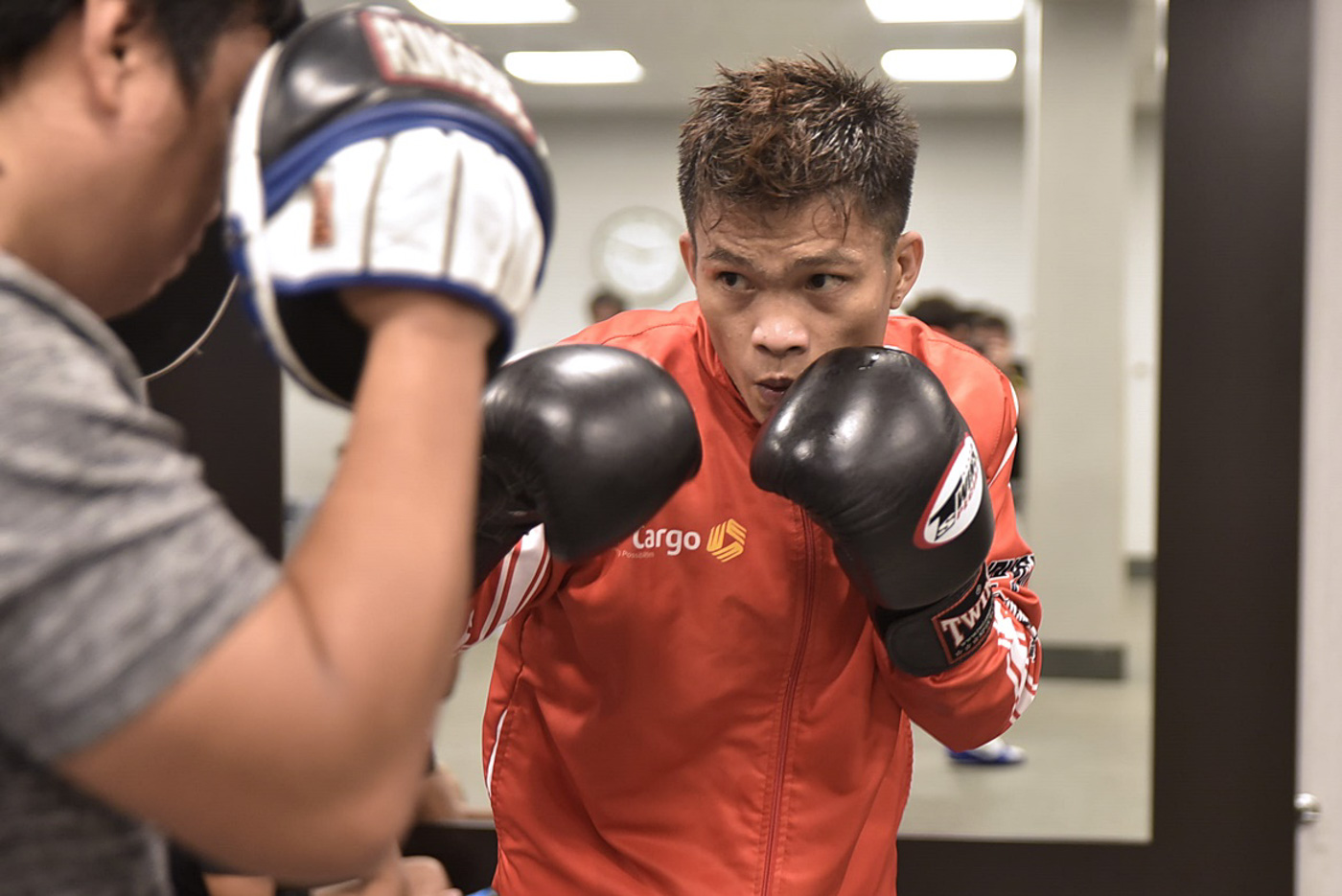 After drawing Japanese Ryuichi Funai as his next foe in April instead of Thai Srisaket Sor Rungvisai, Ancajas and chief trainer Joven Jimenez need to overhaul their sparring sessions with 4 partners and prepare for a different fighting stance.

Ancajas – a lefty like Rungvisai – and his team have to shelve the southpaw stance and revert to the right-handed style as Funai is an orthodox fighter.

Though Ancajas trains twice daily, his sparring sessions are only for 4 rounds thus far, according to Jimenez.

“At least, we are now training for a particular style,” said Jimenez. “Unlike before when we are still waiting for Srisaket’s answer.”

The camp of Srisaket, the World Boxing Council super flyweight titlist, chose a rematch with Mexican Juan Francisco Estrada rather than face Ancajas in a unification bout.

Jimenez said Ancajas usually runs in the morning and does gym work in the afternoon. For variety,  Jimenez sometimes reverses the training order.

What’s important, according to Jimenez, is for Ancajas to continue his physical conditioning and peak in time for the title duel to be held either April 12 or April 20.

If it’s on April 20, Ancajas-Funai will be the main supporting bout of Terence Crawford’s title defense against Amir Khan at Madison Square Garden in New York.

Either way, Ancajas will gain ample exposure as both fights are on pay-per-view.

Held to a split draw by unheralded Alejandro Santiago Barrios  in his sixth title defense last September, Ancajas wants to show the world he deserves a crack at Rungvisai. – Rappler.com