Cone relieved to have game-changer Chan back for Ginebra 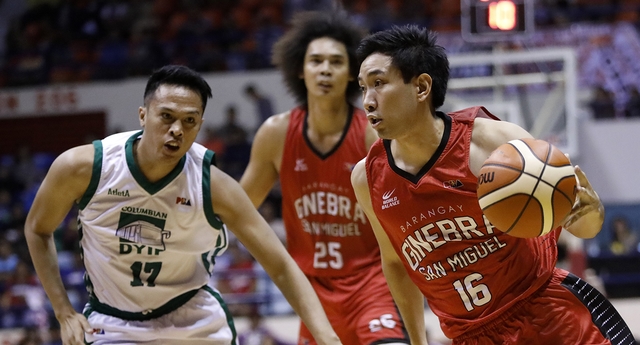 Chan debuted in the 2019 PBA Philippine Cup on Saturday, February 3, and helped Ginebra snap a two-game skid with a dominant 97-85 win over Columbian in Antipolo City.

Although the 35-year-old only had 2 points on a shaky 1-of-5 shooting from the field, Cone said Chan changes the complexion of games with his renowned outside sniping.

“It’s nice to have Jeff back. He just changes how teams play us when he’s available. It’s been a long road back for him,” the PBA’s winningest coach told reporters after the game.

Cone, though, bared Chan could have returned earlier against Rain or Shine on January 23 but chose not to field him since they were not exactly familiar with the Calasiao Sports Complex in Pangasinan.

That decision might have cost the Gin Kings the win as the Elasto Painters hacked out a narrow 83-80 triumph.

“It’s a pity we lost that game. He might have been a difference maker. But we’re happy to have him now,” Cone said.

“Jeff was a real luxury for us. Just his veteran smarts and his ability to spread the floor is really something that can separate us from a lot of the other teams.”

Chan, meanwhile, admitted he’s still far from tip-top shape following an operation to remove bone spurs on his left ankle in the offseason.

(I still feel pain but I’m trying. Hopefully I’ll find my rhythm as we play.)

Missing Ginebra’s first 3 games, Chan is just glad to just be suiting up.

(I’m happy at least I helped the team a little bit and we won. That’s what’s important to me.)

Now at an even 2-2, Ginebra seeks to go over .500 when it faces Blackwater next Saturday, February 9, in Davao del Sur. – Rappler.com