Lakers’ LeBron sits out, Warriors back up 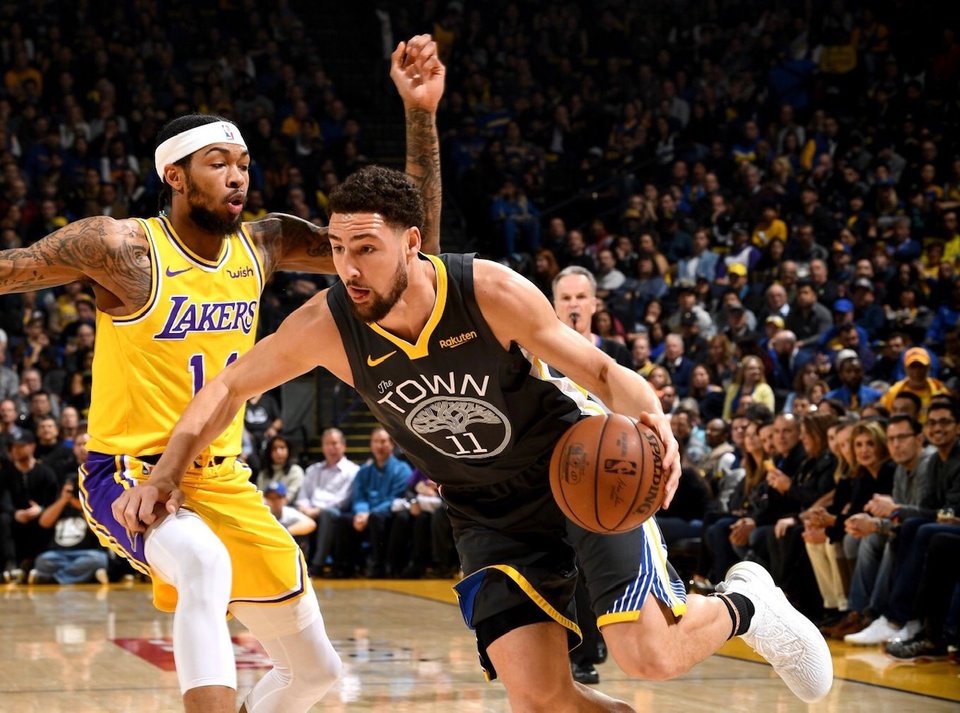 MANILA, Philippines – For quite a stretch in the second half, the Los Angeles Lakers looked headed for another upset win over the Golden State Warriors even minus superstar LeBron James.

But the defending champion Warriors took the fight out of the Lakers just in time to hack out a 115-101 victory in the NBA on Saturday, February 2 (Sunday, February 3, Manila time).

The Warriors rallied back from a 10-point deficit in the second half, 71-81, with Kevin Durant and Klay Thompson leading the charge and DeMarcus Cousins and Andre Iguodala providing the much needed spark.

Steph Curry, who surprisingly went 0-for-8 in the first 3 quarters, also came to life late in the 4th period and helped seal the win by knocking in 10 straight points that put the Warriors up, 111-97.

The Lakers fell back early, 8-22, but later put on a gritty show and built a double-digit lead behind Brandon Ingram even minus James, who sat out after feeling “pretty sore” in his first game back from injury against the Clippers. (READ: LeBron James sits out against Warriors)

Thompson shot a sizzling 67% to finish with a game-high 28 points for the Warriors, who not only avenged their Christmas Day defeat against the Lakers, but also bounced back after the Philadelphia 76ers snapped their 11-game winning streak last Thursday.

.@andre with the back-to-back #SPLASH pic.twitter.com/Fe2eGsPwZR

Durant shot 21 points on a 62% shooting clip on top of dishing out 11 assists and grabbing 5 rebounds.

Cousins posted a double-double of 18 points and 10 boards for the Warriors, who kept a firm hold of the Western Conference lead with a 37-15 record.

Iguodala finished with 17 points and Curry chipped in 14 markers.