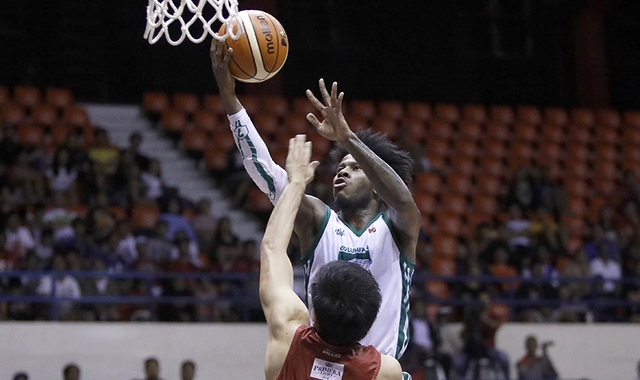 The former NCAA Most Valuable Player guided Columbian Dyip to a 2-3 record in his first 5 games in the season-opening Philippine Cup.

He immediately made his presence felt on his PBA debut when he exploded for 26 points and 5 rebounds to steer the Dyip to a 124-118 upset of defending champion San Miguel Beermen.

Perez, 25, leads Columbian in scoring, rebounding and steals with an average of 17.8 points, 7.6 boards and 2.0 swipes while adding 3.6 assists.

His arrival obviously reinvigorated the moribund franchise, which could only clinch a single victory in the all-Filipino conference last year.

For his impressive work with the Dyip early this season, Perez emerged the unanimous choice as the first ever recipient of the PBA Press Corps Rookie of the Month for January.

The wingman out of Lyceum edged 3 other fellow talented rookies for the inaugural citation.

Also in contention for the honor were NorthPort’s Robert Bolick, Blackwater’s Abu Tratter and Rain or Shine’s Javee Mocon.

The former San Beda Star also posted 26 points in his pro debut, a 117-91 drubbing of Blackwater, but was on the losing end of his highly-anticipated match-up with Perez as Columbian hacked out a 110-100 victory.

Tratter, the seventh overall pick, averaged a second team-best 15.5 points and a team-best 7.5 rebounds in the Elite’s first 4 outings that saw them win only one.

The rookie out of La Salle has been labelled by coach Bong Ramos as the most consistent player so far for Blackwater, shooting 59% from the field as the team’s starting center.

Mocon, who was tabbed at No. 6, also made a good account of himself in his first 5 games where the Elasto Painters went 4-1, posting averages of 10.4 points, 9.8 rebounds, and 2.4 assists. – Rappler.com