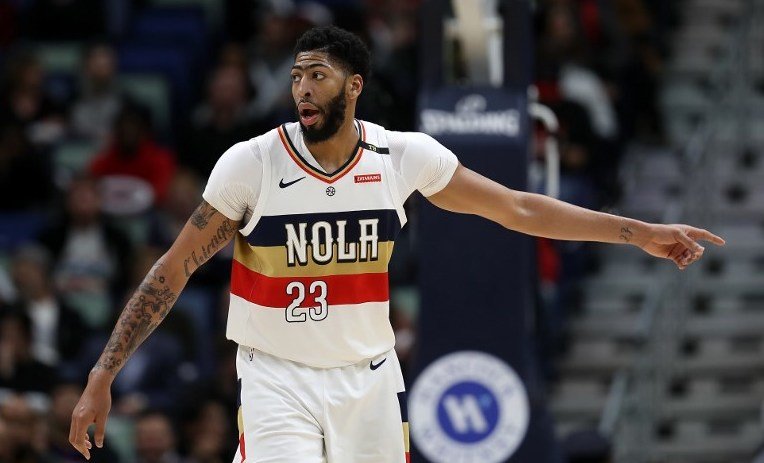 LOS ANGELES, USA – Anthony Davis has given the New Orleans Pelicans an NBA wish list of teams, according to multiple reports Monday, February 4, while the Los Angeles Lakers have revised their offer for him.

The 25-year-old forward who helped the United States capture 2012 London Olympic gold is the most prized player up for grabs as Thursday’s NBA trade deadline approaches. (READ: Anthony Davis says it’s ‘my time’ to move on from Pelicans)

Rich Paul, Davis’ agent, revealed his star client’s trade demand a week ago, leading to a $50,000 fine for Davis from the NBA but forcing the Pelicans’ hand, lest he play out his contract next year and leave without any compensation.

ESPN reported Monday that Davis has given the Pelicans a list with a “handful” of clubs where he would sign a long-term deal after a trade, saying it includes Milwaukee and does not include Boston.

The Lakers, Bucks, New York Knicks, and Los Angeles Clippers are on the list, according to the Los Angeles Times.

But the Bucks and Clippers haven’t made an offer for Davis, according to both reports, and the Knicks and Clippers are expected to save salary cap room for July free agency while the Bucks, with the NBA’s best record at 38-13, would need major roster juggling to make an offer.

That leaves the Lakers, who according to ESPN had multiple conversations Monday with the Pelicans regarding Davis and have offered multiple young players and draft picks plus money as salary cap relief for the Pelicans.

The Lakers, 27-26, are 1.5 games behind the Clippers for the eighth and final Western Conference playoff spot.

Bringing Davis to the Lakers to play alongside LeBron James would give the team another major two-man combination in their history of success with such duos as Shaquille O’Neal and Kobe Bryant, Kareem Abdul-Jabbar and Magic Johnson, and Wilt Chamberlain and Jerry West.

It’s Johnson who would make any final decision for the Lakers as team president.