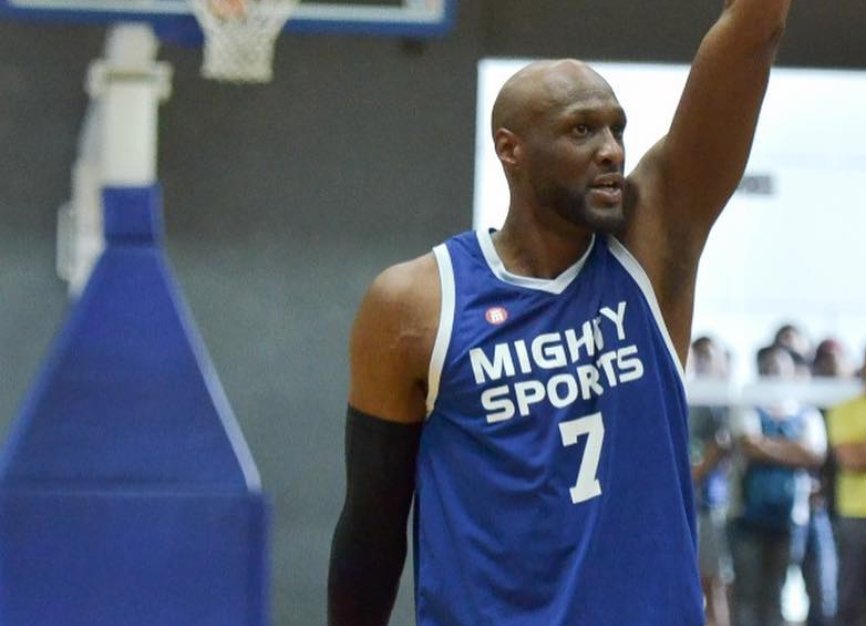 MANILA, Philippines – As Mighty Sports goes for a four-game sweep of Group A eliminations, head coach Charles Tiu hopes to get significant numbers this time from former Los Angeles Lakers star Lamar Odom who was practically reduced to a mere spectator after going scoreless in the team’s last two games.

Mighty Sports will battle it out against Syrian club Al-Wahda on Wednesday, February 6, 1 am in the 30th Dubai International Basketball Championship at the Shabab Al Ahli Club.

The 6-foot-10 Odom scored 4 points in his comeback game against American University in Dubai in the opener.

Odom had a near-death experience 4 years ago.

Since the NBA player can’t do the things he normally did during his celebrated days with the Lakers, Ginebra resident import Justin Brownlee and Chinese league veteran Randolph Morris will have to work doubly hard to help the team gain extra motivation in time for the knockout quarterfinal stage of the tournament on Thursday, February 7.

The sports apparel and accessories club team also hopes to get a little of everything from Filipino-Americans Jason Brickman, Jeremiah Gray, and Roosevelt Adams, and even from crafty University of the Philippines star Juan Gomez de Liaño.

In their finest games so far, the 6-foot-4 Gray erupted for 24 points, with the 6-foot Brickman finishing with 12 points and 5 assists, and Gomez de Liaño adding 11 points – not to mention providing some highlight plays.

With how the other players stepped up during the 98-89 win over Lebanese champion club Homenetmen last Sunday, February 3, Tiu sees another exciting finish in their clash with Al-Wahda.

“Better prepare guys, Al-Wahda also has 3 imports. One stands at 7-foot-4,” said the younger brother of retired Rain or Shine star Chris Tiu. “So we can’t afford to relax although we’re now assured of finishing either as No. 1 or No. 2.” – Rappler.com