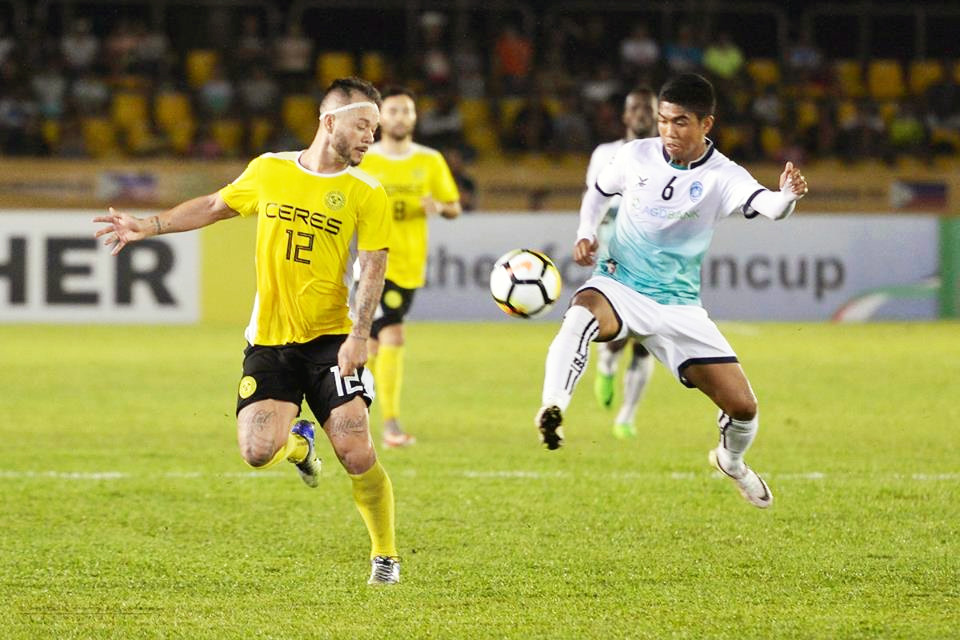 MANILA, Philippines – Myanmar’s Yangon United denied Ceres-Negros of a 2019 AFC Champions League berth early in the preliminaries with a 2-1 win on Tuesday, February 5, at the Pana-ad Park and Stadium in Bacolod.

Even with new additions midfielder Miguel Tanton and Alvaro Silva, the Bacolod-based squad failed to conquer the visiting team which it defeated in the 2018 AFC Cup Zonal semifinal.

Ceres-Negros will represent the Philippines in the 2019 AFC Cup together with Kaya-Iloilo FC.

Yangon opened the floodgates as Brazilian midfielder Vinicius de Oliveira fired a free kick from the edge of the box toward the bottom-left corner in the 28th minute of the game.

After Ceres dodged a bullet for the Myanmar National League champion to double the lead, captain Stephan Schrock scored off a back heel in the 44th minute to equalize at 1-1, thanks to an assist by Martin Steuble.

The Burmese club halted the home side’s momentum in the second half as Kaung Htet Soe came up with a close-range strike to take the lead, 2-1, in the 58th minute.

OJ Porteria had the best chances to knot the scoreline in the second half but his first attempt was saved by Yangon keeper Kyaw Zin Htet in the 68th minute, and his strike off a rebound was denied by the crossbar in the 72nd minute. – Rappler.com