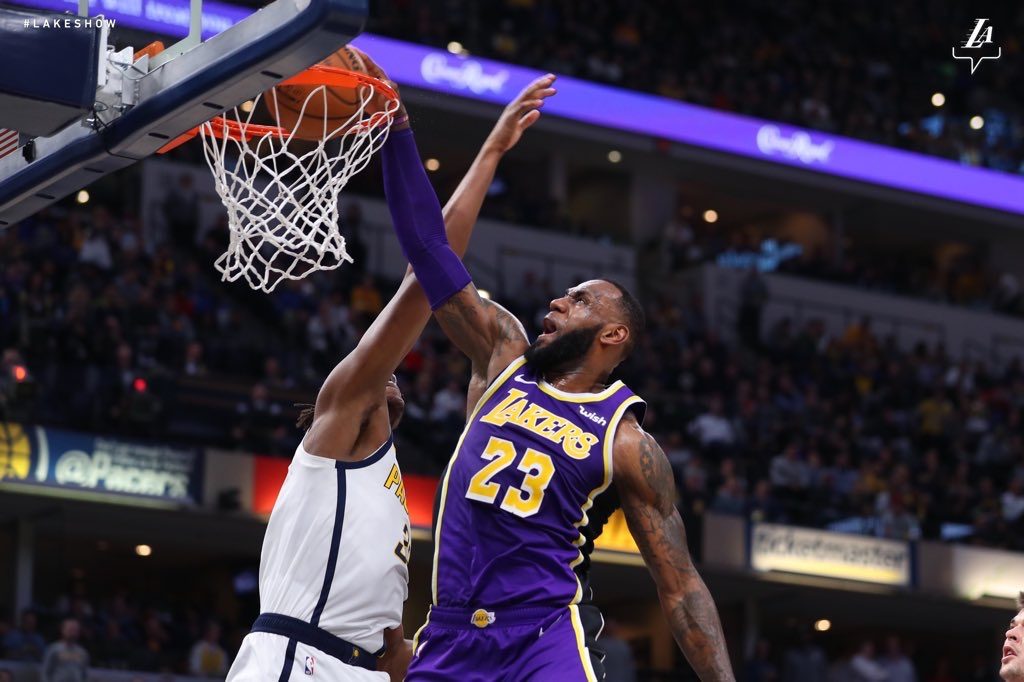 Facebook Twitter Copy URL
Copied
LeBron James becomes the youngest NBA player to record 32,000 points but the Pacers hand the four-time MVP the most lopsided loss of his career

MANILA, Philippines – LeBron James became the youngest NBA player to record 32,000 points in just the second game of his return from injury.

But Indiana spoiled the night as the Pacers dominated the Los Angeles Lakers by 42 points, 136-94, to hand James the most lopsided loss of his career on Tuesday, February 5 (Wednesday, February 6, Manila time).

Bojan Bogdanovic buried 24 points and Myles Turner had 22 points and 4 blocks as the Pacers set the tone early with a 10-2 start and never looked back.

The Pacers drained 19 of 34 three-pointers (56%) to tie their franchise record and also held an opponent below 100 points for the 21st time – the best this season.

James drained a deep triple in the 2nd quarter to reach the 32,000-mark and become the youngest player at 34 years old and 37 days to reach the milestone.

James played just his second game after coming back from a groin injury last week where he finished just an assist-shy of a triple-double in the Lakers’ overtime win over the LA Clippers.

But James sat out the following game against the Golden State Warriors  after feeling “pretty sore” due to playing extended minutes against the Clippers. The Lakers wound up losing against the defending champion Warriors.

The loss pushed Los Angeles down to 10th place in the West at 27-27 as the squad also dealt with the distraction of potentially acquiring Pelicans superstar Anthony Davis in exchange for a handful of the Lakers’ young hotshots. Reports said, though, that negotiations had bogged down (READ: Lakers end Anthony Davis talks over ‘outrageous’ demands)

Rookie guard Aaron Holiday also chipped in 17 points and 3 assists for the Pacers, who hold a share of the 3rd spot with the Boston Celtics at 35-19 in the Eastern Conference.

James paced the Lakers with 18 points 7 rebounds, and 9 assists, while JaVale McGee had 16 points.