Lakers coach on trade talks: ‘It affects everyone differently’ 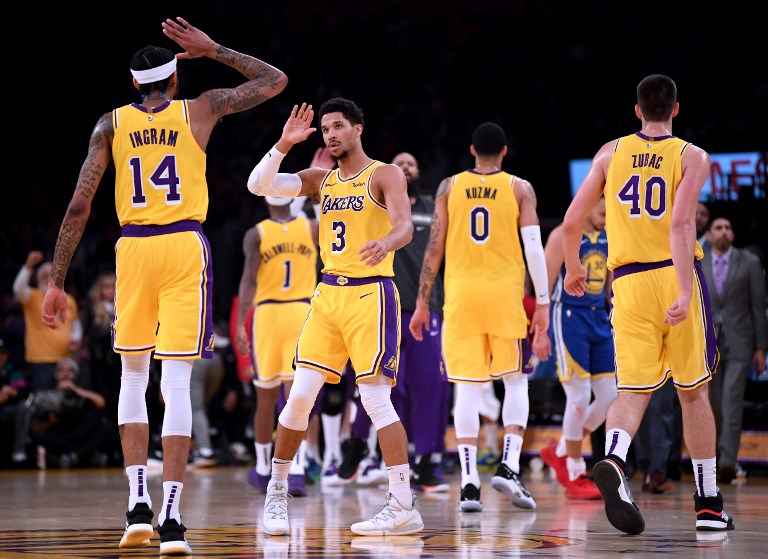 LOS ANGELES, USA – Fans in Indianapolis rubbed in the Los Angeles trade rumors, yelling “LeBron’s going to trade you” at Lakers guard Brandon Ingram as he went to the free throw line.

“That’s just fans being fans,” LeBron James said. “If you let that bother you, you’re in the wrong sport.”

Reports this week indicated the Lakers had offered as many as 6 players in a bid to land New Orleans Pelicans star Anthony Davis.

Coach Luke Walton said he didn’t know if some of the Lakers players had been adversely affected by trade talk swirling around the team as the Indiana Pacers humbled the Lakers, 136-94, on Tuesday, February 5 (Wednesday, February 6, Manila time).

“It affects everyone differently,” Walton said of the speculation.

New reports, though,  have surfaced that the Lakers  have withdrawn from negotiations with the  Pelicans after complaining of “outrageous” trade requests. (READ: Lakers end Anthony Davis talks over ‘outrageous’ demands)

The whopping 42-point loss to the Pacers handed superstar James the biggest margin of defeat of his NBA career on the same night  he became the youngest NBA player to record 32,000 points. (READ: Pacers spoil record LeBron night, crush Lakers by 42 points)

“Bottom line, we have to be better,” said Walton.

But what Walton was pleased to see was a driving dunk from James in the 2nd quarter.

James, playing his second game since suffering a groin injury in a Christmas Day win over Golden State, led the Lakers with 18 points, 7 rebounds and 9 assists.

“It was good to see LeBron take off and go dunk one and kind of trust his body,” Walton said, but otherwise there was little positive to find in a game that saw 19 Lakers turnovers lead to 33 Pacers points.

James had returned from injury to play 40 minutes in an overtime victory over the Los Angeles Clippers last Thursday.

The heavy minutes left him sore enough that the Lakers rested him for Saturday’s loss at Golden State.

James said he felt “all right” on Tuesday, although still not 100 percent.

“I’m on my way to being myself again,” said James

The milestone notwithstanding, James endured the most lopsided defeat of his career, having previously twice lost by 36 points. – Rappler.com