Feb 6, 2019 2:16 PM PHT
Agence France-Presse
Facebook Twitter Copy URL
Copied
After skipping the event in the last two years, sweet-shooting Steph Curry is out to challenge Devin Booker and the rest of the league’s top snipers 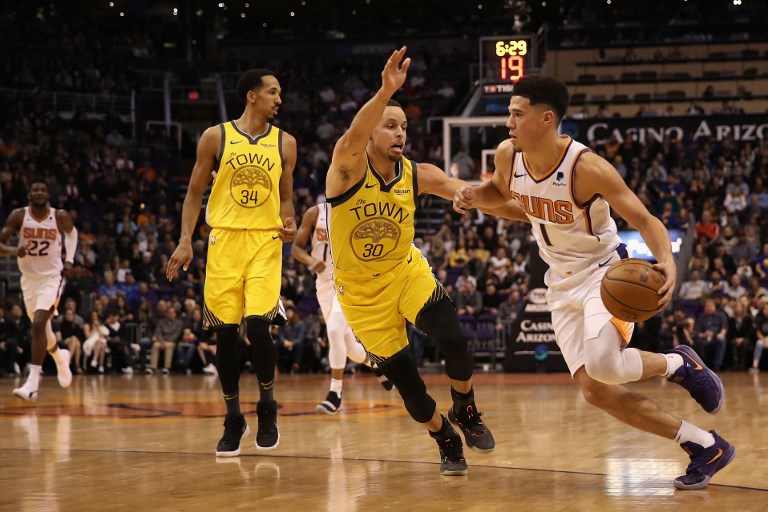 He defends his title in a field of 10 sharp-shooters that will include Golden State Warriors star Stephen Curry and his brother Seth – who plays for the Portland Trail Blazers and is shooting an NBA-high 48.5% from three-point range this season.

The three-point contest will be on All-Star Saturday on February 16, on the eve of the All-Star game in Charlotte, North Carolina.

It will be a homecoming for the Curry brothers, whose father, Dell, played 10 seasons for the Charlotte Hornets.

Stephen Curry will be appearing in his sixth three-point contest. He won it in 2015, but skipped the event the past two years.

He has also been voted a starter for the All-Star Game.

The field includes 2019 NBA All-Stars Damian Lillard of the Portland Trail Blazers as well, along with Khris Middleton of the Milwaukee Bucks and Kemba Walker of the Charlotte Hornets as well as Danny Green of the Toronto Raptors, Joe Harris of the Brooklyn Nets and Buddy Hield of the Sacramento Kings.