Embiid’s 37 not enough as Raptors tear down Sixers 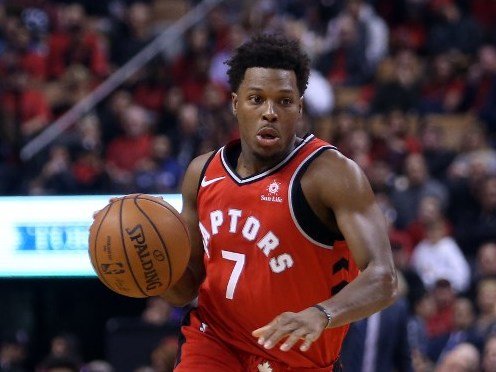 LOS ANGELES, USA – The Toronto Raptors, chasing the Milwaukee Bucks for first place in the Eastern Conference, overcame Joel Embiid and the 76ers, 119-107, in Philadelphia in the NBA on Tuesday, February 5 (Wednesday, February 6, Manila time)..

Embiid scored 14 of his game-high 37 points in the 4th quarter to help the Sixers cut a 21-point deficit to 7 points with 3:47 left to play, but Philadelphia would get no closer.

Kawhi Leonard led the Raptors with 24 points. Serge Ibaka and Kyle Lowry scored 20 points each – Lowry returning after missing a game with a sore back.

Lowry appeared unaffected by a report that the Raptors had offered him to the Memphis Grizzlies as part of a trade package for Mike Conley and Marc Gasol.

Amid other reports suggesting the Grizzlies are poised to ship Gasol to the Hornets, the Spanish center didn’t play for Memphis as they hosted the Minnesota Timberwolves.

Conley scored 25 points and handed out 9 assists for Memphis and Jaren Jackson added 23 in the Grizzlies’ second straight win, 108-106.

Karl-Anthony Towns scored 26 points and pulled down 18 rebounds for the Timberwolves, his two free throws with 15.7 seconds left knotting the score at 106-106.

Conley then missed a three-pointer, but Minnesota’s Josh Okogie was called for a loose-ball foul on Justin Holiday who converted two free-throws to seal the win. – Rappler.com