IN NUMBERS: LeBron on track to overtake Jordan in all-time scoring list 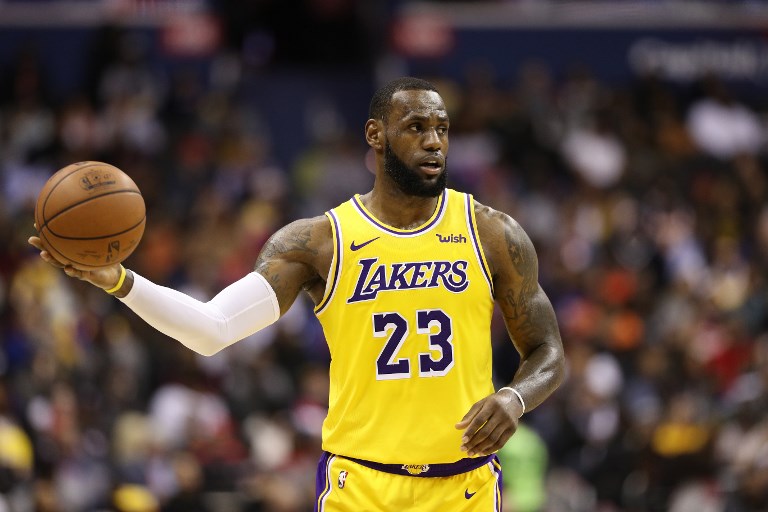 MANILA, Philippines – As the NBA season rolls on, new records are bound to be made while old ones are set to be shattered

Here are the numbers to watch out for:

Needing only 10 points to achieve the feat, “The King” poured in 18 points in Los Angeles Lakers’ 42-point loss to the Indiana Pacers on Tuesday, February 5 (Wednesday, February 6, Philippine time) to pile up 32,008 points.

Averaging 26.9 points this season, James could leapfrog Jordan (32,292) for 4th place in the all-time scoring list in nearly 10 games. Up next is Lakers legend Bryant, who had 33,643 points in his storied career.

James and Dallas Mavericks star Dirk Nowitzki (31,275) are the only active players in the top 10 of the all-time scoring leaders.

That’s the number of assists Chris Paul needs to dish out to surpass Gary Payton for 8th place in the league’s all-time assists leaders.

The Houston Rockets playmaker has issued 8,941 dimes while Payton had 8,966 assists throughout his Hall of Fame career.

Paul, who norms 7.8 assists this season, must consistently get his teammates buckets in just 3 games to move up the rankings.

Steph Curry may be the league’s best shooter but his brother Seth is the most efficient one, at least from three-point distance.

The Portland Trail Blazers gunner is shooting a league-best 48.5% from long range, draining 1.4 three-points per game on an average of 2.9 attempts.

He has the chance to display his efficiency from downtown as he sees action in the upcoming Three-Point Contest  during the 2019 NBA All-Star Weekend in Charlotte.

Jamal Crawford could hold the distinction for most points for a player who has never been an All-Star.

The Phoenix Suns hotshot, who has scored 19,200 points through 18 seasons in the NBA, needs just 3 points to eclipse record holder Eddie Johnson, who had 19,202 points. – Rappler.com