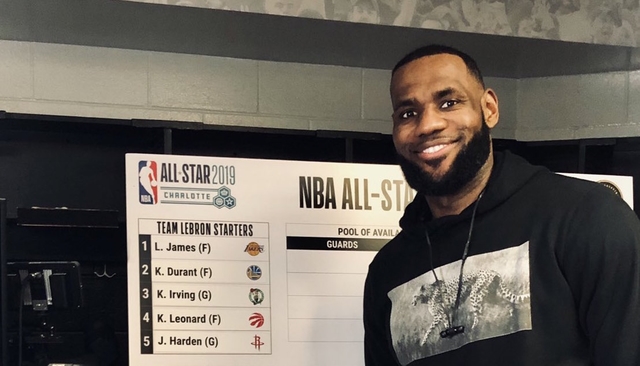 James, who will lead a team against fellow All-Star captain Giannis Antetokounmpo’s lineup in Charlotte on February 17, assembled a formidable looking starting lineup.

In-form Toronto star Kawhi Leonard was picked 3rd by James before he selected reigning Most Valuable Player James Harden with his 4th pick.

James then added close friend Dwyane Wade with the NBA’s “special selection” in the draft, which was televised this year for the first time.

In a surprise move, the two captains then agreed to a trade, with James swapping Oklahoma City Thunder star Westbrook for Ben Simmons after the draft.

James proposed the move in order to get Westbrook and Embiid on the same side.

“I know Ben Simmons is your guy so I’ll do it,” Antetokounmpo said.