Feb 9, 2019 2:21 PM PHT
Agence France-Presse
Facebook Twitter Copy URL
Copied
The Spanish 7-footer gets traded to the Toronto Raptors but the Memphis Grizzlies plan to honor him for being the team pillar for 11 seasons 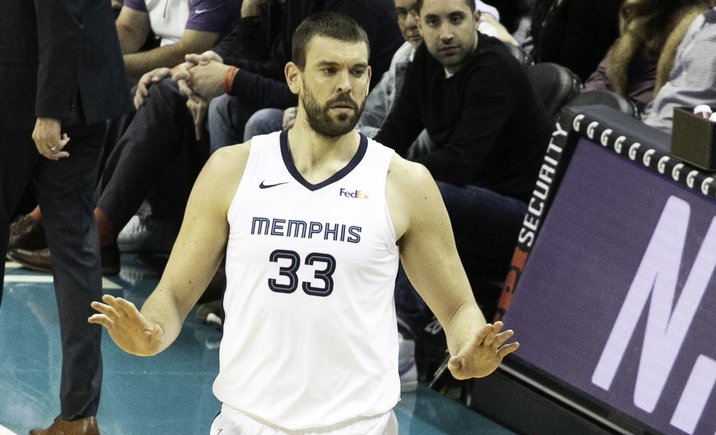 The 34-year-old Spanish 7-footer has played for the Grizzlies since making his 2008 NBA debut but was moved to the contending Raptors at Thursday’s league trade deadline.

Nevertheless, Pera made it clear how much Gasol has meant to the club.

“Marc has been a dedicated teammate, star player and pillar of this team for the past 11 seasons,” Pera said in a statement. “He plays with a heart and a passion for the game that helped carry this franchise to 7 straight playoff appearances.

“But what Marc has done for this organization is about more than just basketball. He was a part of a core group of players that helped shape the identity of this franchise on and off the court and were embraced by the city of Memphis.”

Pera thanked Gasol for “his blood, sweat and dedication to the Grizzlies and Memphis. The impact he has had on this team and the city will live on, and we look forward to one day welcoming him back home to Memphis where his No. 33 jersey will hang in the rafters.”

Gasol, a three-time NBA All-Star and 2013 NBA Defensive Player of the Year, helped Spain to two Eurobasket titles and two Olympic silver medals in 2008 and 2012. (READ: Thrown in trade talks, Marc Gasol looks back on his Grizzlies stint)

Gasol’s older brother Pau is a two-time NBA champion with the Los Angeles Lakers who played for the Grizzlies from 2001-2008. – Rappler.com