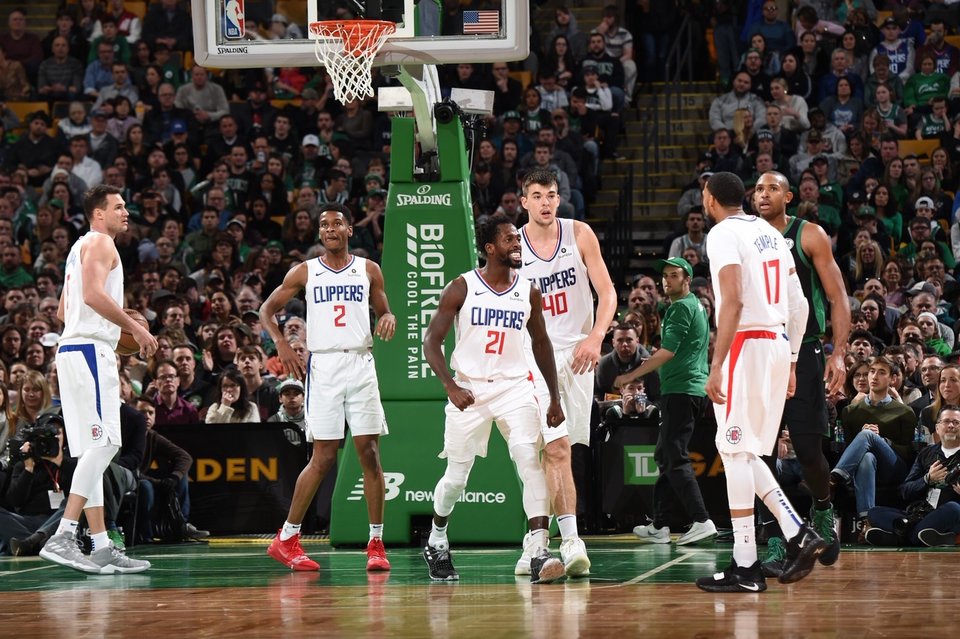 Just two days after the LA Lakers rallied from 18 points down to stun Boston, the new-look LA Clippers climbed out of a 28-point hole to shock the Celtics, 123-112, in the NBA on Saturday, February 9 (Sunday, February 10, Manila time).

Montrezl Harrell, who led the Clippers with 21 points, forced two crucial turnovers inside the last two minutes as Patrick Beverley also drained a pair of three-pointers in the final stretch as the Celtics sorely missed star guard Kyrie Irving in the second half.

Irving sprained his right knee with less than 3 minutes left in the 2nd quarter when the Celtics were leading by 20 points.

The Celtics held a comfortable 74-53 cushion at halftime, but the Clippers outscored them, 28-12, in the 3rd quarter.

“Tonight was amazing,” said Clippers coach Doc Rivers. “Because we didn’t have anything. At halftime I told the guys everybody’s playing uptight. Stop trying to impress each other and get out of each others’ way.”

Boston players left the court to boos from their home fans.

Highlights from the THIRD 20+ point comeback of the road trip. pic.twitter.com/iIVp3bv8AA

Shamet, who came from the Sixers, made a quick impact and dropped 13 of his 17 points in the 4th quarter to help the Clippers pull off the biggest regular-season comeback in their franchise history.

Danilo Gallinari also posted a double-double of 19 points and 10 rebounds for the Clippers.

Gordon Hayward scored 19 to pace the Celtics, who just absorbed a heartbreaking 129-128 loss to the Lakers with Rajon Rondo burying the buzzer-beater. (READ:  Lakers prevail as Rondo hits game-winner vs ex-team Celtics)

Jayson Tatum and Terry Rozier had 16 points each for the Celtics side that blew a 28-point lead for the first time in 15 years.

The Clippers had sliced the deficit to 5 points heading into the final quarter and back-to-back three-pointers from Shamet knotted the score at 100-100 with 6:42 to play.

Gallinari’s step-back jump shot put the Clippers up 102-100 and they wouldn’t trail again. – With a report from Agence France-Presse