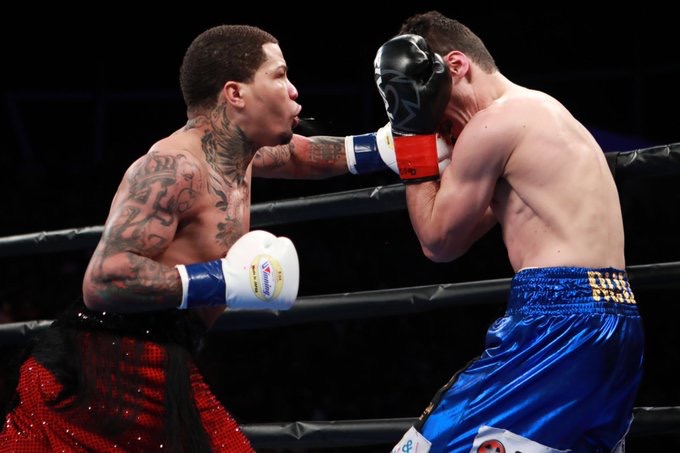 Unbeaten Davis lived up to his knockout-artist reputation with his 20th win inside the distance out of his 21 victories.

The powerful southpaw hurt Ruiz with a straight left and then followed up with a three-punch combination capped by a right hook to the side of Ruiz’s face that dropped the challenger to a knee.

Ruiz, blood streaming from his nose, was able to rise but referee Jack Reiss called a halt at 2:59 of the 1st round.

“Tonight I just wanted to put on a great performance,” said Davis, who posted his 12th straight knockout.

Ruiz was a late replacement for three-division champion Abner Mares, who withdrew from the bout two weeks ago with a detached retina in his right eye.

Ruiz, a former super bantamweight world champion, was coming off a unanimous 12-round decision over Alberto Guevara on the undercard of Manny Pacquiao’s 12-round demolition of Adrien Broner and took the fight on 10 days’ notice.

Reiss said he stopped the fight when Ruiz failed to say if he felt he could continue.

“Ruiz didn’t answer me,” Reiss said. I told them clearly in the dressing room that you’ve got to show me you want to be in this fight.

“When I asked him ‘Can you continue’ in Spanish he kind of just looked down and didn’t answer. He was really hurt, that nose was broken earlier and then he got hit on it again.” – Rappler.com