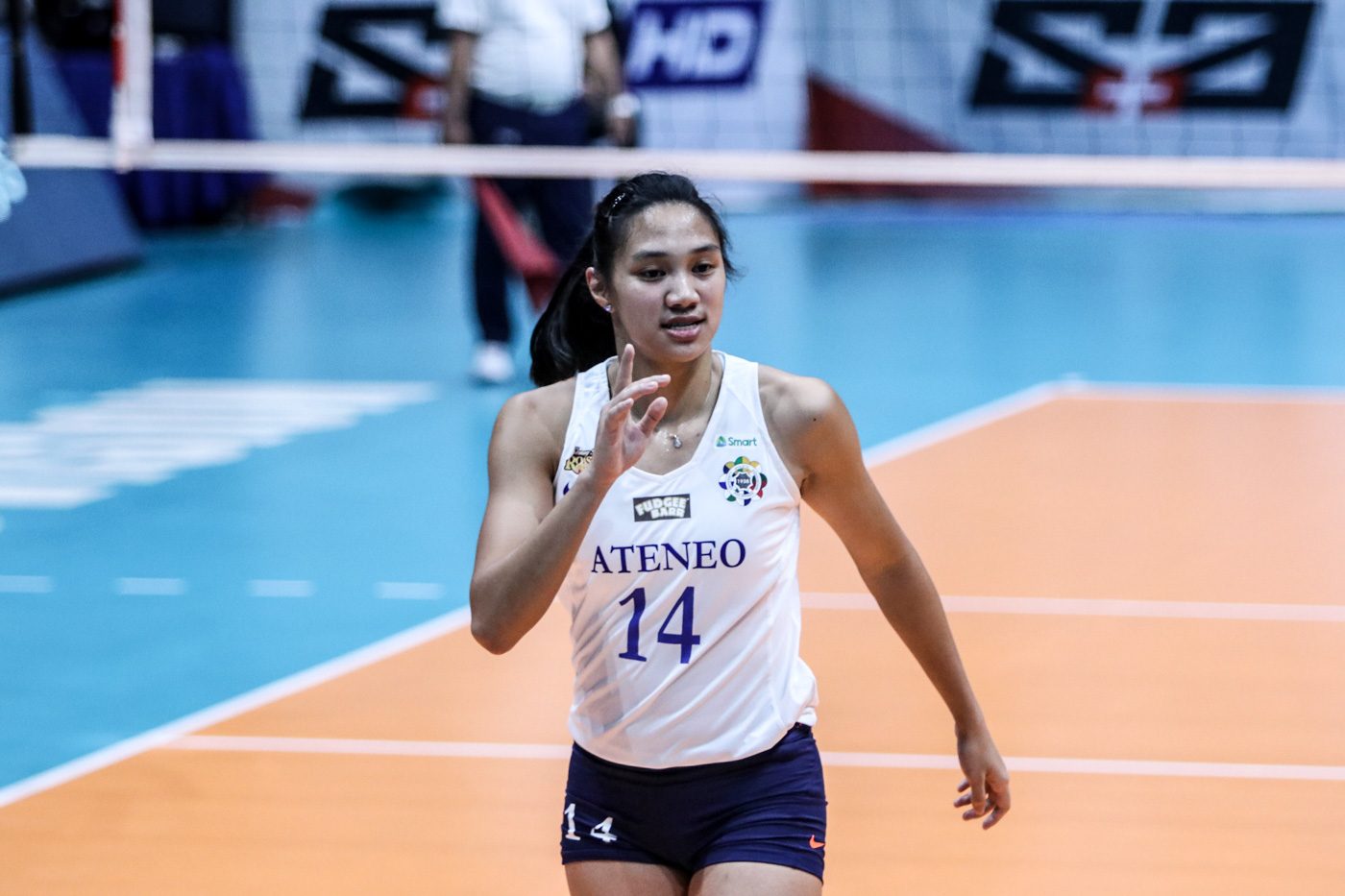 Facebook Twitter Copy URL
Copied
After missing the title round last season, the Ateneo Lady Eagles believe they have the tools to reclaim the crown

MANILA, Philippines – Even if the UAAP women’s volleyball championship has eluded Ateneo for the last 3 seasons, the Lady Eagles want to live up to the expectations of the program that has grown over the years.

The blue and white have been battling in the title round for 6 straight years until the Far Eastern University (FEU) Lady Tamaraws knocked them out in the semifinals last season to end the dominant Ateneo-La Salle finals rivalry.

But the Lady Eagles believe the crown is within their reach again this year as they tapped another winning mentor.

Captain Bea de Leon also decided to return for her fifth year, and together with veterans Maddie Madayag and Kim Gequillana, they hope they can start and end their UAAP careers with a championship.

Then there’s promising rookie Vanie Gandler, who stepped up for the Lady Eagles’ offense during the preseason.

The Lady Eagles likewise proved impressive in the Premier Volleyball League (PVL) Open Conference where they surprised the competition by setting up a Finals showdown with the league-leading Creamline Cool Smashers bannered by former Ateneo stars Alyssa Valdez and Jia Morado.

As Ateneo looks to have completely moved on from last season’s heartbreaks, the Lady Eagles now believe they have the materials again to reclaim the crown. – Rappler.com