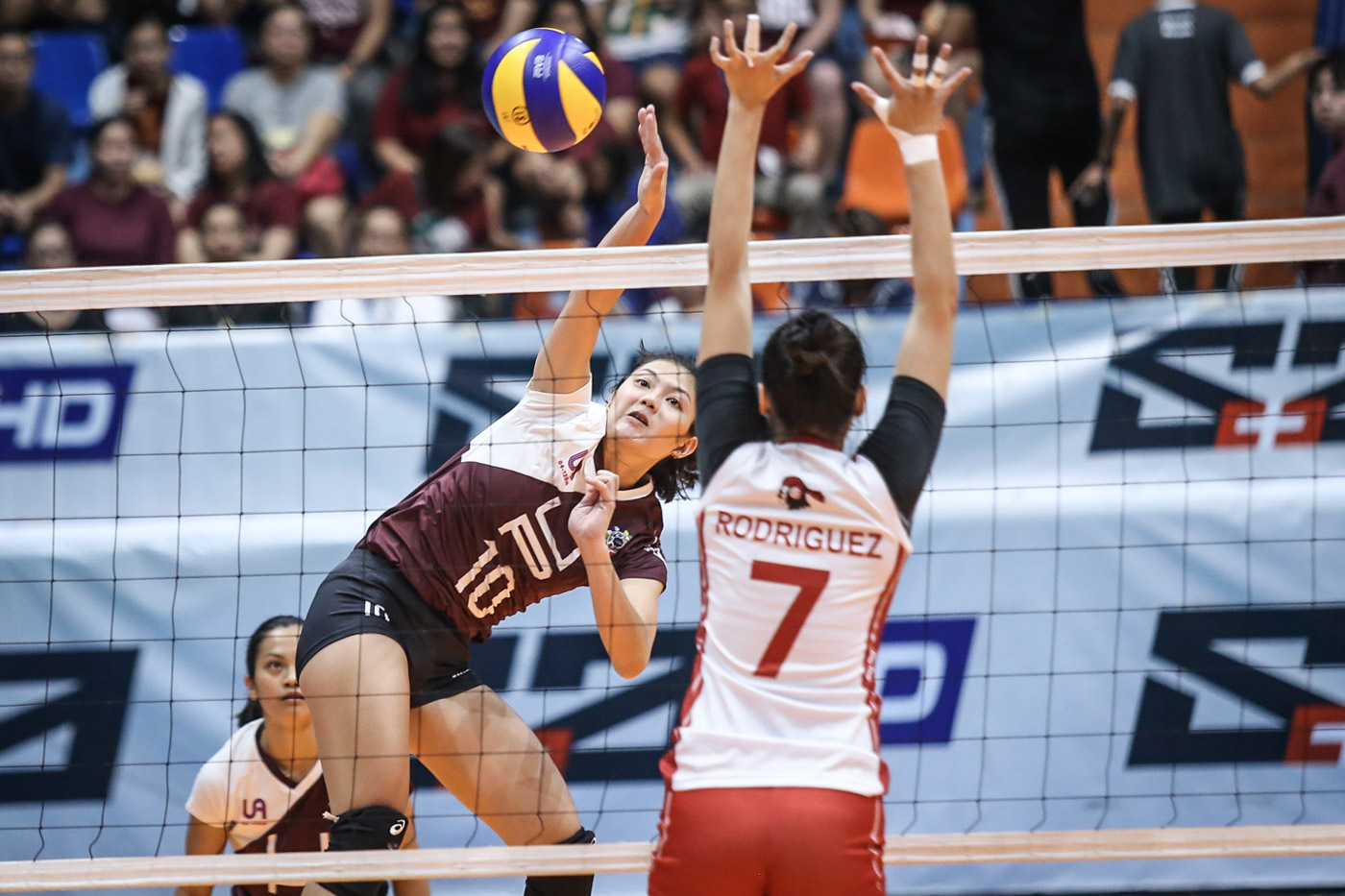 “We win but we have to struggle sometimes. The sets we won, we won with ease, but the ones we lost, we struggle.”

Judith Abil carried the Lady Warriors with 20 points while Kath Arado anchored the defense with 32 excellent digs and 18 excellent receptions.

After the Lady Maroons took the first set, UE rallied back by taking the next two sets.

Carlos brought the Lady Maroons to a 16-13 lead at the second technical timeout and UP never looked back as it denied the the Lady Warriors from taking control of the game.

UP broke the deadlock in the deciding set as Carlos made it a 7-5 lead over UE.

The Lady Maroons never conceded the lead as Justine Dorog brought it to match point and Jessma Ramos wrapped up the game. – Rappler.com