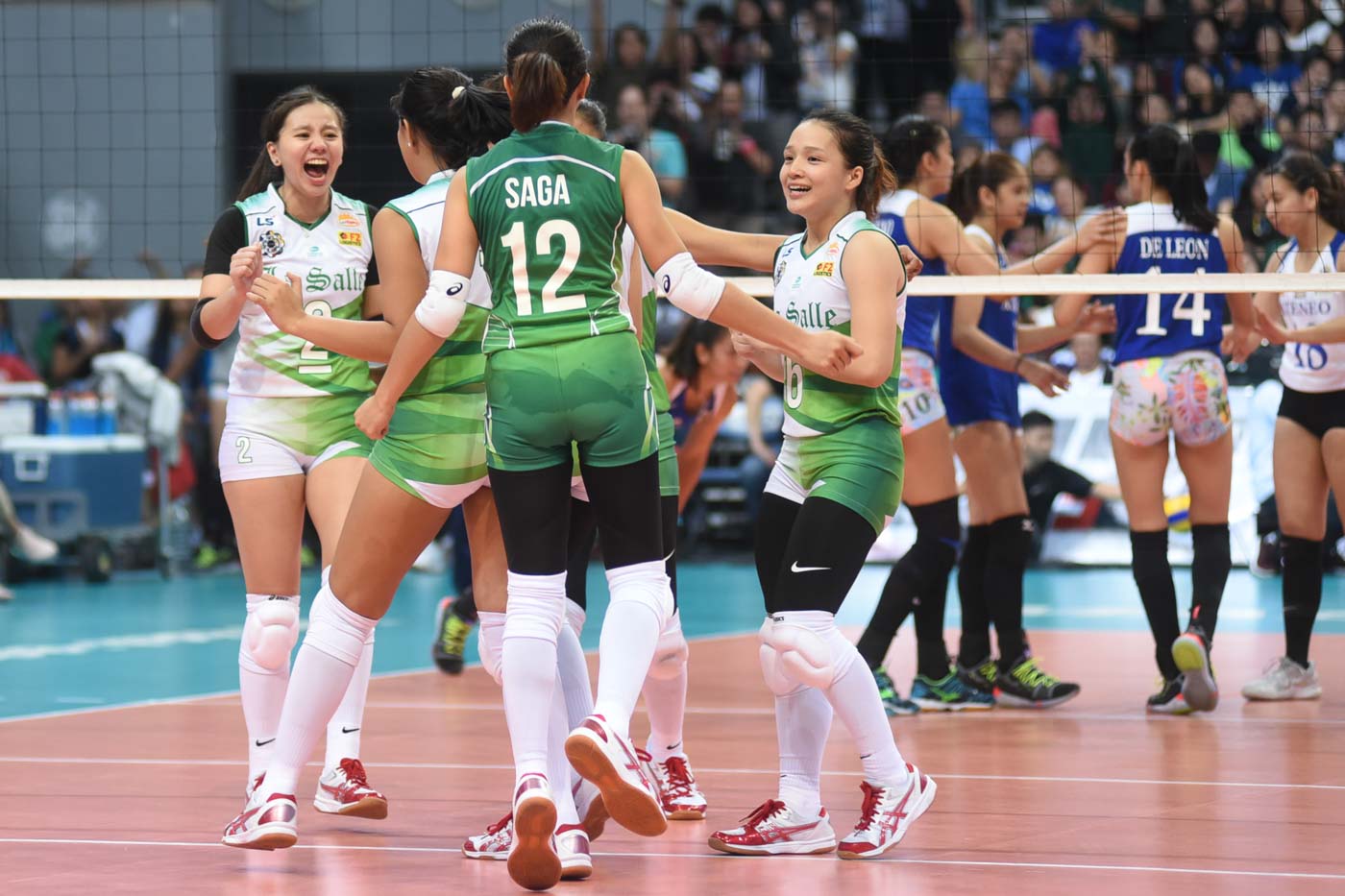 The Lady Spikers flashed their championship experience and overpowered the Ateneo Lady Eagles in 4 sets, 25-14, 25-17, 16-25, 25-19, in an early blockbuster showdown between two fierce rivals on Sunday, February 17, at the packed Mall of Asia Arena.

La Salle, which is bidding for a fourth straight championship, whipped Ateneo in the first two sets and managed to regain its footing in the 4th frame after a third-set slip-up.

Ateneo just found no answer against La Salle in the early goings and got plagued by poor defense that silenced the blue side of the huge crowd of 17,166.

The Lady Eagles struggled against the Lady Spikers’ offensive plays in the first two frames, but managed to find their groove in the next set.

Preventing a sweep, the Lady Eagles claimed the 3rd set as the Lady Spikers suddenly turned mistake-prone, tallying 11 errors in the frame.

But the Lady Spikers made sure not to get dragged to a decider and quickly took control in the 4th set, 8-4, and held the upperhand the rest of the way.

(It’s not easy going against Ateneo. It’s the first game, the situation was in our favor, that’s why we won.)

Kat Tolentino emerged as the only Ateneo player with double-digit points, scoring 16 to lead the team.  – Rappler.com