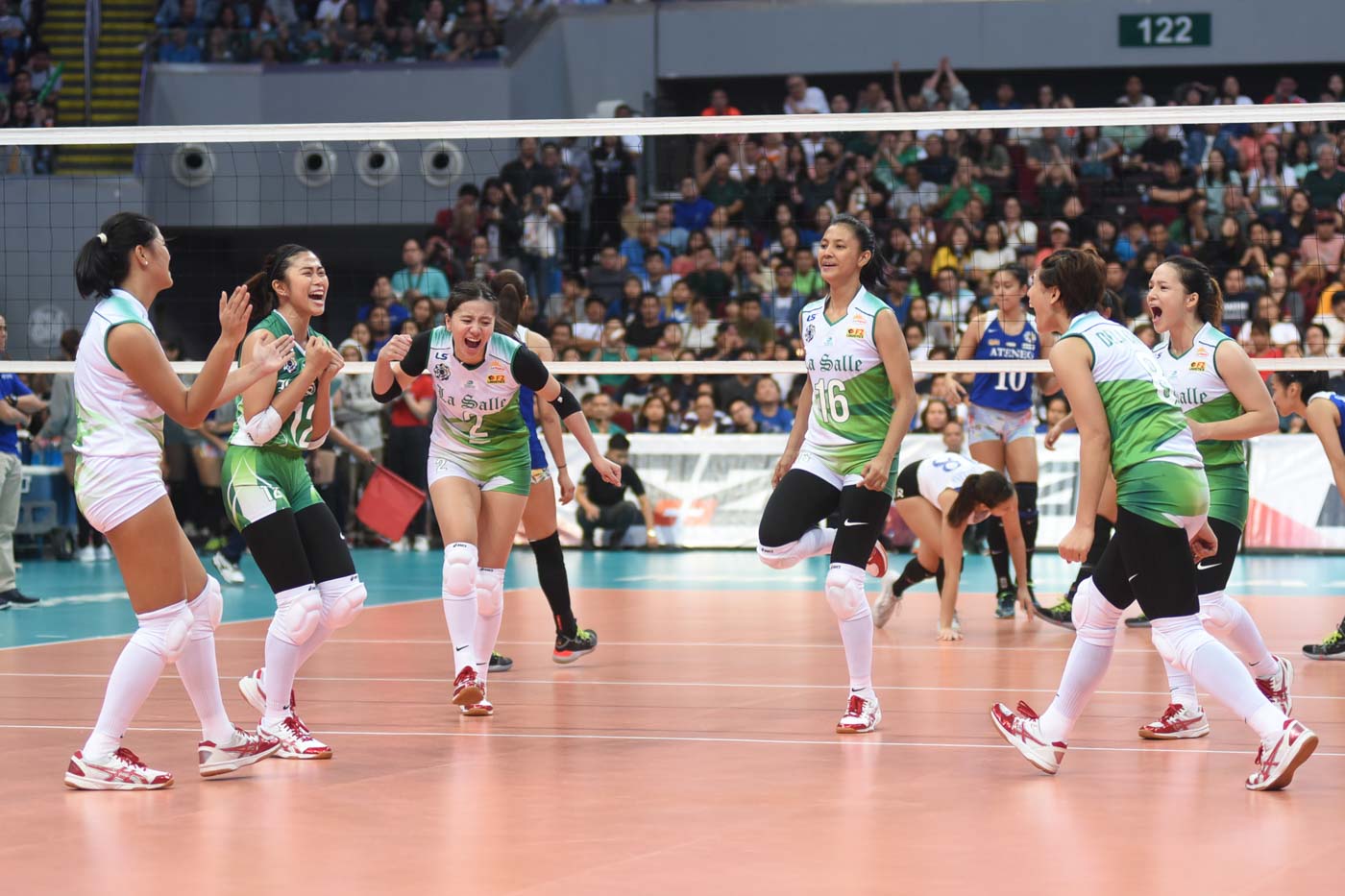 Last season, Adamson pulled off a shocker against the three-time defending champion in the first round of eliminations with a four-set victory.

But the Lady Spikers hope first-game standouts Desiree Cheng, May Luna and rookie Jolina dela Cruz get to lead their charge anew against the gritty Falcons, who nearly completed a huge comeback against the University of Santo Tomas.

In the Ateneo-La Salle opener, Luna finally proved she could be a key La Salle player in her first ever start after 4 years with the team, while rookie Dela Cruz made immediate impact. Both players scored 11 points apeice behind captain Cheng.

Although Adamson lost to UST, coach Airess Padda’s young squad proved they could put up a solid fight after coming close to extending the match to a decider.

And with La Salle now missing the services of middle blocker Majoy Baron – who played out her final year last season – Adamson has an advantage on their frontline defense, thanks to the league’s third-best blocker Soyud.

Adamson will also test La Salle’s attacks with their floor defense that is led by Tonnie Rose Ponce, who currently tops the league with 27 excellent receptions out of 44.

Before the main duel, National University (NU)  and University of the East (UE) fight it out for their first win at 2 pm.

But if there’s anything that got the Lady Bulldogs going, homegrown rookie Ivy Lacsina sent out a statement that she could lead the young team’s scoring as she currently tops the league’s spiking department with 14 attacks.

But the more veteran UE Lady Warriors flashed their testy defense against University of the Philippines as they dragged the match to 5 sets.

Kath Arado continues to anchor the UE defense with 32 excellent digs out of 64 attempts and 18 excellent receptions out of 30 attempts. – Rappler.com