Feb 22, 2019 9:57 PM PHT
JR Isaga
Facebook Twitter Copy URL
Copied
Rather than focusing on what jersey he will wear next – whether here or overseas – the 7-foot-2 basketball teen sensation says he's prioritizing school 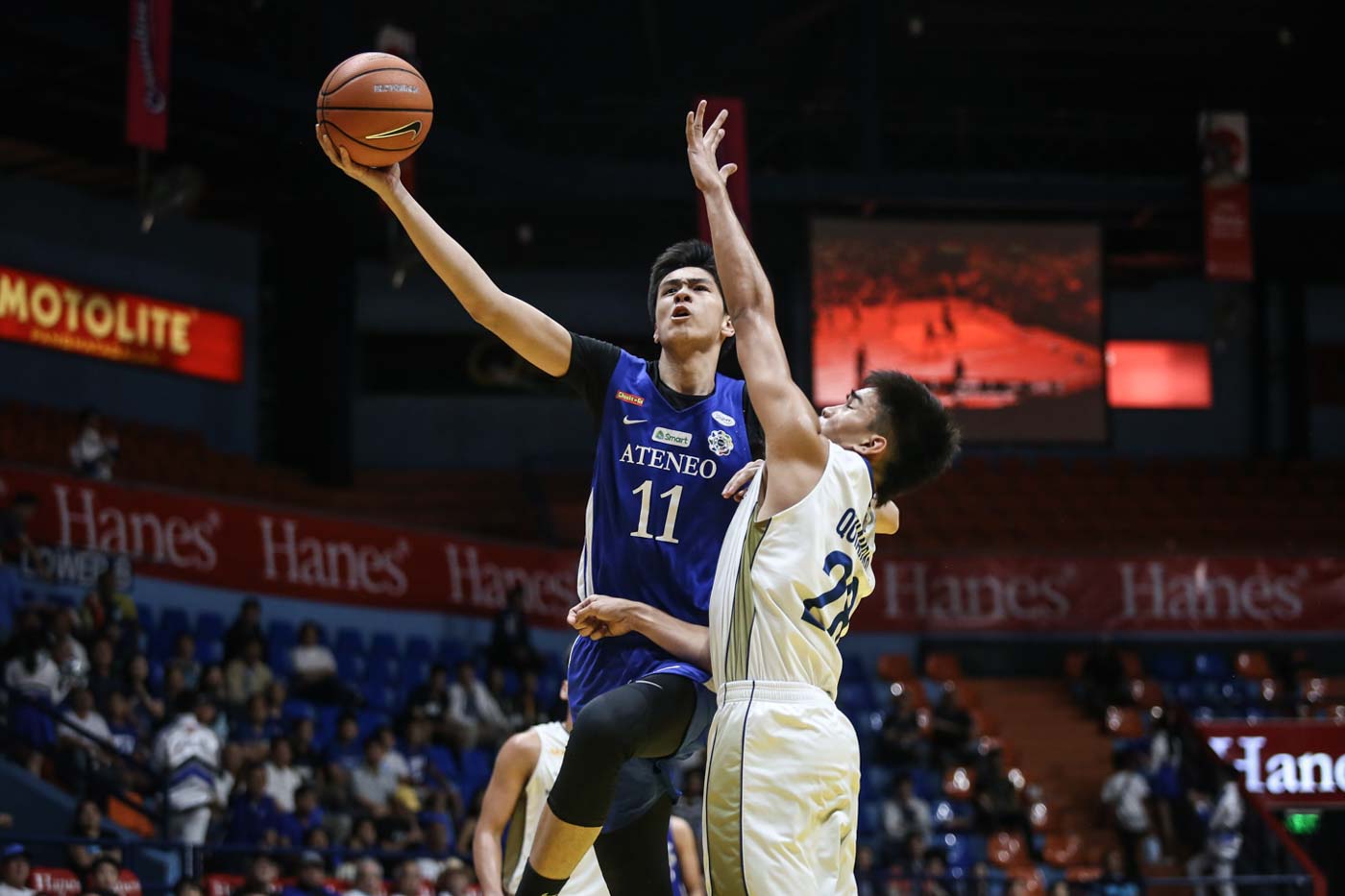 MANILA, Philippines – Kai Sotto is one of the country’s highly-touted young stars, and for good reason.

Even in the face of a sweeping UAAP Season 81 Finals Game 2 loss at the hands of new champion NU Bullpups, the Ateneo Blue Eaglets’ season MVP went down swinging with a massive line of 26 points, 25 rebounds and 4 blocks. (READ: NU crowned UAAP juniors king after sweep of Ateneo)

The dust hadn’t even properly settled from their highly-competitive Finals wars, but the burning question had already been asked.

Where will Kai Sotto play next?

But apparently, not even he knows where, at least for now.

(I don’t know, because I’m focused on finishing the acad school year. It’s also challenging because it’s like the finals too. That’s where I’m focusing first. One and a half week to go.)

Rather than focusing on what jersey he will wear next – whether here or overseas – the 7-foot-2 unicorn just took the time to thank people for what was still a fruitful season for the upstart Eaglets.

(I’m just looking at the positive side. I’m thanking everyone who helped me. None of this would have happened if not for them.)

(This is really the season where my confidence is really high. My teammates are great this season and it started with my coach who trusted me since day one. He really helped me give my best and because of him, I learned how to improve from last season.)

Indeed, the 16-year-old star made a monumental leap after most of his star teammates like Dave Ildefonso and SJ Belangel left for the seniors’ ranks. He cruised to the Season 81 MVP award with league-best averages of 25.1 points, 13.9 rebounds, and 2.6 blocks on an efficient 60.3% clip.

However, it remains to be seen if that was the last we have seen of the young giant in the UAAP juniors scene, as he has reportedly received multiple offers to play elsewhere including as a pro baller in the Euroleague.

For the Eaglets, they just made light of the whole situation, which ultimately worked wonders for their silver medal finish in Season 81.

(The team just got used to it. There are still no serious talks, and if there are, they will all just trust me.) – Rappler.com