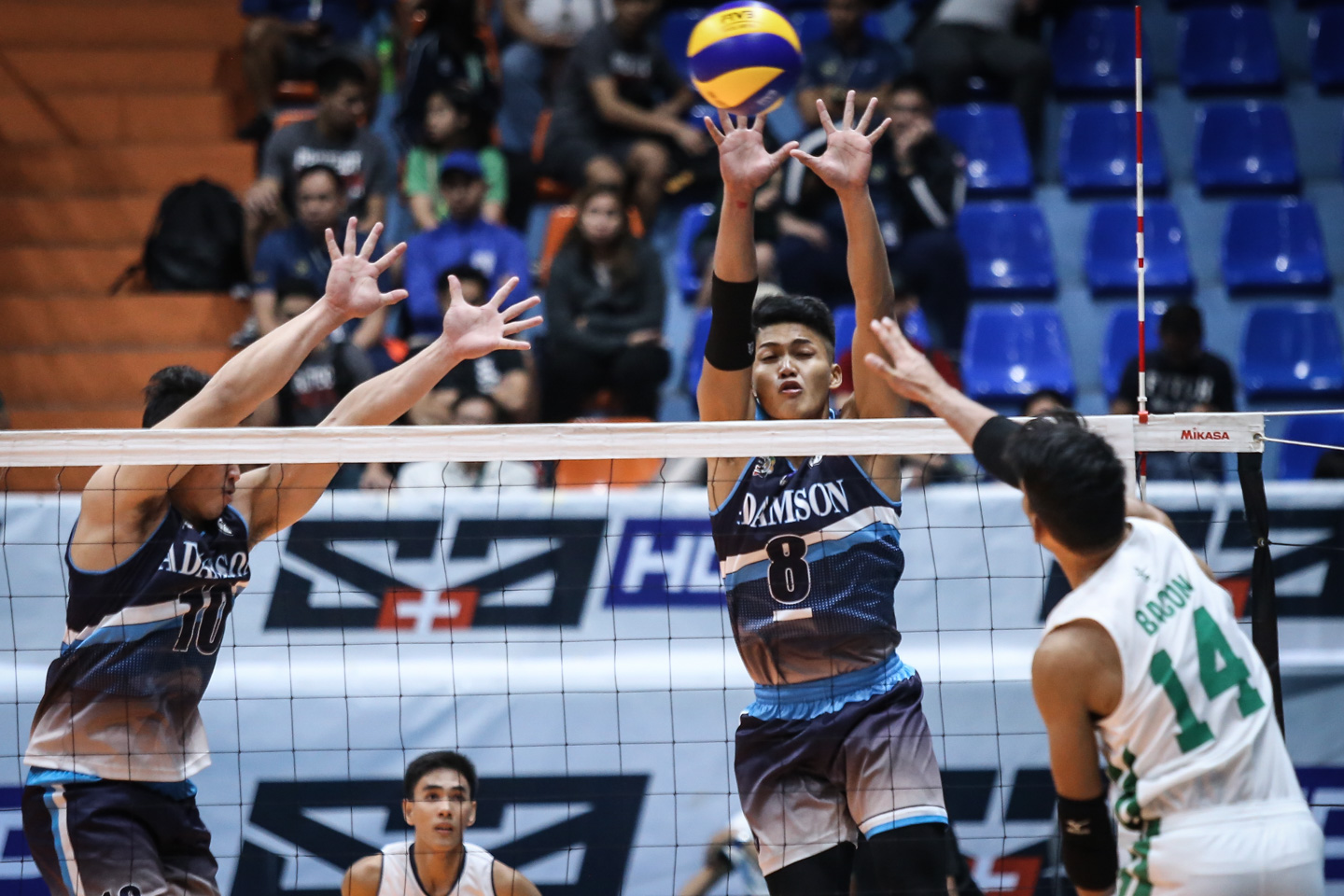 La Salle captain Chris Dumago emerged as the lone double-digit scorer as he led the team with 18 points in the losing effort.

Earlier, the National University (NU) Bulldogs bounced back from an upset opening-game loss to trounce the University of the East (UE) Red Warriors in straight sets, 25-13, 25-18, 25-18.

Bryan Bagunas, the Season 80 Finals MVP, erupted for 24 points to power NU to its first win of the season.

Cliford Inoferio tallied 8 points for the Red Warriors, who were limited to only 31 points from scoring skills.

Both teams wound up with identical 1-1 records. – Rappler.com