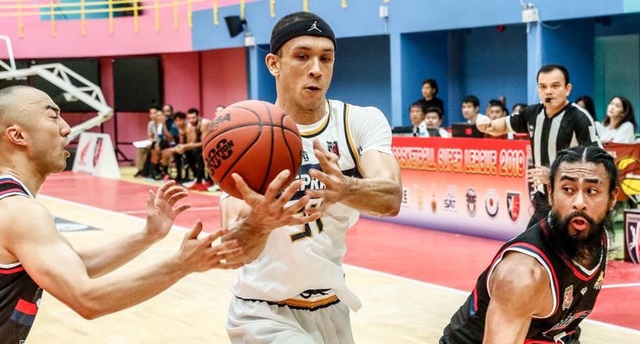 The 30-year-old, known as “Air Force Ellis” in the PBA for his athleticism, currently sees action in the Thailand Basketball Super League as a member of Laos team Luang Prabang.

Still donning the same No. 34 he used during his time with the Gin Kings, Ellis showed flashes of his old form in Luang Prabang’s 75-83 loss to Kabayan on Saturday, February 23.

Aside from Ellis, there were also other familiar faces in the game, including former Philippines naturalized player Marcus Douthit and 2018 PBA draftee John Ragasa.

It had been a controversial PBA exit for Ellis, who was nabbed sixth overall by Ginebra in the 2012 PBA Rookie Draft.

Endearing himself to fans for his highlight reel dunks and playing for the most popular team in the PBA, Ellis’ career took a downward spiral when he was traded by Ginebra to Blackwater in August 2017.

Ellis did not play a single game for Blackwater since the trade after suffering from body cramps and a kidney issue. He was then relegated to free agency and has not played in the PBA since. – Rappler.com