La Salle takes slice of lead with conquest of Adamson 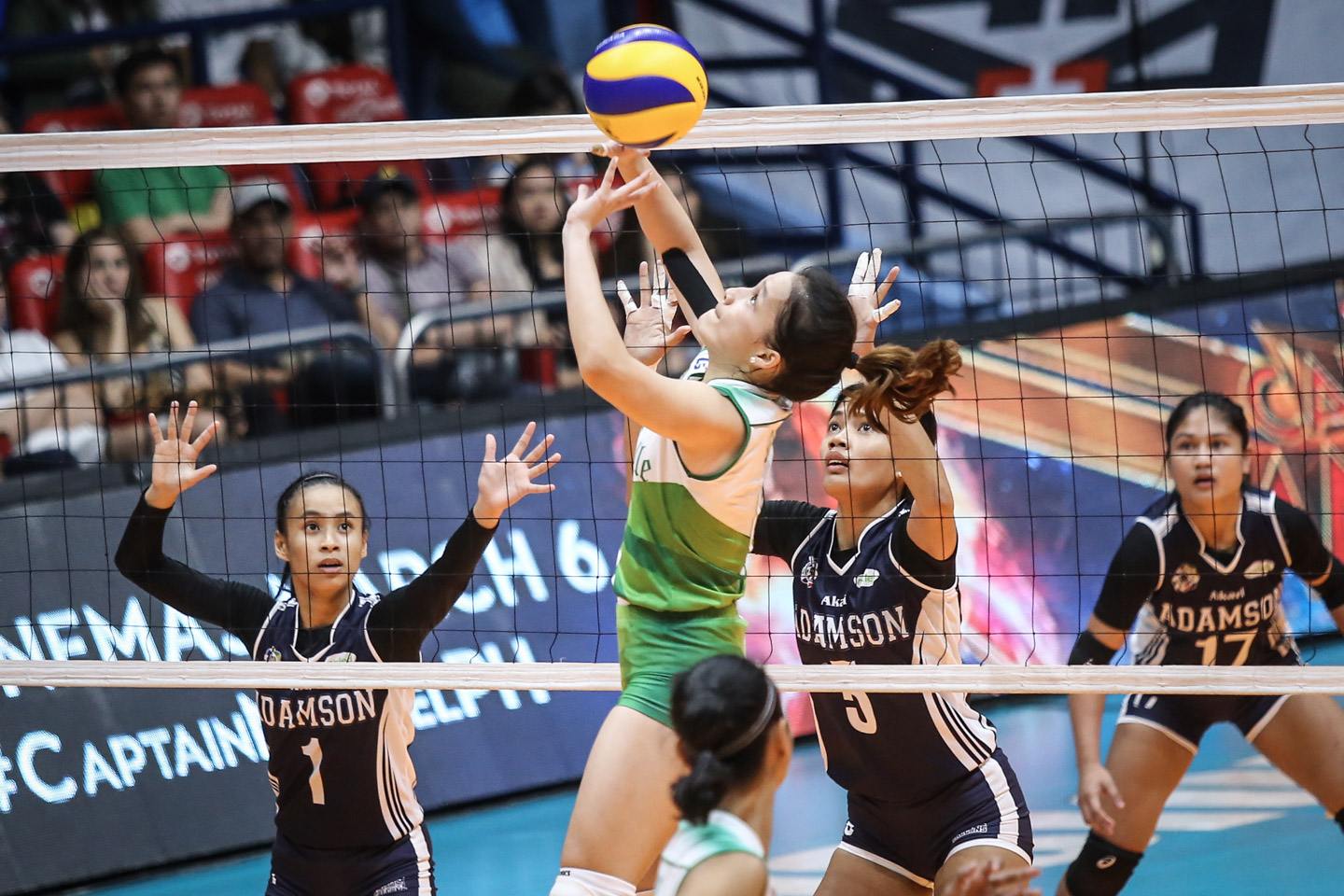 MANILA, Philippines (UPDATED) – The La Salle Lady Spikers stayed on track of their title defense with their first straight-set win.

The Lady Spikers grabbed a share of the top spot at 2-0 with the University of the Philippines, while Adamson fell to 0-2.

(I didn’t expect for the girls to play well because Adamson is realy good in floor defense, they’re good passers, their set-plays are good and quicker. I guess the girls were just able to move well now.)

Bernadette Flora and Joy Dacoron tallied 9 points each to lead Adamson in the losing effort.

La Salle showed the Lady Falcons no mercy right in the opening frame as the Lady Spikers took control early and closed out set with a 9-3 run.

Although the reigning champions held a seven-point lead in the second set, 16-9, Adamson sparked a rally to close the gap to one point, 21-22. But the Lady Spikers managed to deny the Falcons’ comeback with a 4-0 run.

La Salle looked to finish strong as the Lady Spikers blasted a 5-0 spurt in the 3rd set and built on their dominant start with a 10-1 run, 18-9.

But the Lady Falcons would not let La Salle close things out easily as they managed to cut the deficit to 4, 17-21.

In the end, Dela Cruz’s crosscourt spike that sealed the win. – Rappler.com